There are hundreds of kratom companies out there that have entered the market over the last couple of years. Many don’t care about the plant at all and just want to make a quick buck. None of these companies on our list of best kratom vendors are perfect, but they are all at least somewhat successful and reputable. Below is a list of all of the kratom vendors we have reviewed so far. Keep checking back for new reviews. 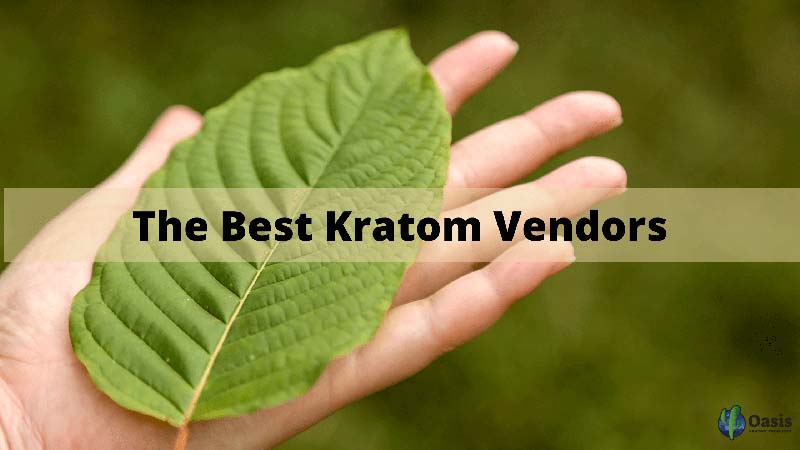 Kratom Spot is based in Irvine, California. They have a good selection of strains and vein varieties in both powder and capsules. This brand is a member of the AKA GMP program and lets its customers know up front that they are committed to the purest and safest product.

Kraken Kratom has been around since 2015, and they operate out of Oregon. They are one of the most trusted and well-established vendors in the industry. They are members of the Better Business Bureau and have close to 1000 reviews on TrustPilot. In terms of the trust, they have built up a lot of it with the kratom community.

Kwik Kratom launched back in 2014, and for a couple of years, they were really popular. Then they shut down in 2016 and rebranded as Kwik Botanicals. Judging by their new website, it seems like they exited the kratom industry completely. It’s possible they were linked with tainted supply or false medical claims.

Quick Kratom has been in the business since 2013, although they strangely don’t have much of a reputation. They were founded by a kratom enthusiast, so there is a commitment to quality, but not strong enough of a commitment for them to join the American Kratom Association. Their brand is not large and well-known, but that doesn’t necessarily make them bad.

OPMS Kratom stands for Optimized Plant Mediated Solutions. While they sell kratom in its other forms, extracts are their specialty. They have been in the business since 2010 and can often be found in headshops, as they have a solid wholesale program for their extracts. Their prices are typically higher than average, but the majority of customers seem satisfied with the quality.

As the name suggests, Captain Kratom LA is headquartered in Los Angeles. It was founded way back in 2006 when the founder came back from a trip to Thailand, during which he experienced kratom. He built a business out of this life-changing experience. They don’t have the greatest selection of products, but they do have some good reviews.

Coastline Kratom was a really popular vendor over the last several years. They had a decent selection of strains and seemed to have some good reviews. Then, in November of 2020, they ceased business operations without warning. No explanation was ever given. It is suspected the good reviews were faked, and that this company was mostly a scam.

Get Kratom has been in the kratom game since 2007, which is a long time for this industry. One would think that a company that has been selling kratom for so long would be approved by the American Kratom Association, but they aren’t. Their strain selection also leaves much to be desired, and there aren’t many reviews singing their praises.

Herbal Salvation is unique from other brands in that they get personal on their company page. You read it and see the pictures, and it makes you feel like you know these people. They are a small-time family operation that has a big enough customer base to survive but has no interest in getting bigger.

Royal Kratom is based in California and has been in the kratom business since 2014. This company differs from others in that all they sell are their proprietary kratom blends. This involves mixing strains at different ratios to create blends that allegedly provide unique experiences. None of the strains or vein varieties are sold in their pure form.

Pre-2016, Socal Herbal Remedies was one of the most established brands in the industry. They were even accredited by the American Kratom Association. Customers seemed to love their products. Then they decided to rebrand as First Coast Tea Company. It seems like they have decided to diversify their focus from just kratom, as their selection for other herbs is better than their kratom selection.

Kratom Virtue has been in business since 2016. They don’t give much information on their website about the founders or the story behind their brand. Their selection is limited to just powder, but they have a decent array of strains and vein varieties. While this company is not an approved vendor by the AKA, they match their customers’ AKA donations.

Authentic Kratom has been in business since 2013 and calls California home. They have over 4,000 customer reviews, which shows they are one of the most well-known brands in the industry. Their product selection is more extensive than most, specializing in both crushed leaf and powdered kratom.

Mystic Island Kratom takes a more light-hearted approach to a brand than most other vendors. In addition to many of the popular traditional strains, this company sells its proprietary blends that are named after mythical creatures. Their prices are some of the lowest in the industry, so they are a choice for the customer concerned with value.

Kratom One was founded back in 2012. Their website and overall design are pretty minimalist in approach. There is not much information about who founded the company or why. Their product selection is not great, with only 6 strains total available. These strains do have some good feedback, though.

Kratom Trading Company is one of the only veteran-owned kratom vendors. The company was founded in 2013 by a veteran who wanted to bring his experience with kratom while in Southeast Asia to as many people as possible. The company is running like a true small business. They have their customers that keep them in business but have no desire to grow any bigger.

Life Force Kratom was founded in 2015. Their website is not as sleek and professional as some brands, which hurts them when it comes to first impressions. They do have a pretty good product selection, though. Several of the most popular strains, as well as some rare ones, are available for sale.

Krave Kratom is another brand that focuses more on proprietary blends rather than pure strains. The problem with blends is that it is virtually impossible to guarantee test results of the pure strains used in the blending process remain viable after the fact. The blend would have to be tested again after it is made, but it usually is not.

Remarkable Herbs is a unique company in that they do not have a direct-to-consumer option at all. Their entire business revolves around wholesale and private label clients. They have been in business since 2001 and have served over 15,000 stores since then. If you walk into a headshop, there is a good chance you will see this brand.

Amazing Botanicals doesn’t just sell kratom. They have hemp-based CBD products available, as well as a bunch of other ethnobotanicals. This diversification doesn’t hurt their variety when it comes to kratom strains, though. There are more selections available than some brands that just sell kratom.

Atlas Kratom is a unique vendor on this list because they do not have an online shop at all. They are a small shop located in Hollister, Missouri. It seems like they have built a pretty strong community of customers within that geographic area.

Urban Ice Organics was founded in 2012 and is headquartered in Las Vegas, Nevada. They are accredited by the American Kratom Association, which is a great sign. Their selection isn’t great, but they dabble in CBD and have a focus on quality over quantity.

Mmm Speciosa doesn’t make the best first impression with their current web design. It looks very outdated. Their selection doesn’t have much variety, but they have decent enough feedback for the strains that they do carry.

Canopy Botanicals is a small vendor based in North Carolina. It seems as if they have switched domains back in 2019, which does raise some concern. This brand sells many other botanicals and botanical-based items other than kratom. It seems as if their kratom offering is an afterthought.

Red Devil Kratom is another vendor that sells other alternative herbs besides kratom. It was founded in 2015 and is based in Brooklyn, New York. Their selection and pricing are both averages and compared to other vendors.

Serenity Botanicals is a physical botanical shop located in Savannah, Georgia. They do also have an online shop, though. Kratom is just one of the many botanicals that this shop sells. Their selection of kratom strains isn’t great, but they get pretty good reviews.

I Am Shaman has been in business since 2002. They are first and foremost a shop for alternative herbs and botanicals. They have over 100 other products available besides kratom, for which they only have a few strains available.

The Kratom Syndicate was founded in 2016 by a group of kratom fans who were initially just looking to procure a quality supply for themselves and some friends. They fell in love with the business and went through the strict process to get accredited by the American Kratom Association.

Happy Hippo Herbals, founded in 2017, is another brand that made a solid name for itself relatively quickly. They started with a one-room operation in one of the founder’s basements, and now have their own dedicated processing facility.

Club 13 was founded way back in 1999, which makes it one of the oldest kratom vendors in the industry. They have a great product selection that nears 50 unique offerings. Strangely, though, a company that has been around as long as them is not affiliated with the American Kratom Association.

MITRAGAIA was founded in 2015 and has since amassed over 20,000 followers on Facebook. This vendor seems to be pretty popular among the kratom community. One red flag is that they claim to be approved by the American Kratom Association, but this brand is not listed when you go to the AKA website. They also seem to exaggerate the number of reviews they have received.

Moon Kratom doesn’t really come off as a professional brand. Their website seems like it was designed by an amateur rather than a professional. They do seem to have some people who like their products, though, so it seems like they are comfortable being a small-time vendor.

Kratom-K was founded back in 2011. The founders were inspired to start the business after spending 10 years traveling throughout Southeast Asia and experiencing the kratom plant firsthand. They are not members of the American Kratom Association, though.

Nature’s Home Remedy was founded in 2017. They are equal parts CBD and kratom vendors. It seems like they do not have as much selection as a vendor who specializes in kratom would have.

Sacred Kratom burst onto the scene in 2016. They quickly established a small but loyal core customer base. They are not approved by the AKA and have an average level of variety. With that being said, they do have a chunk of people who sing praises about their quality.

While all of these kratom vendors have good enough qualities to land them on a list of the top vendors in the industry, we believe we have them all beat.

For one, we are accredited by the American Kratom Association, which only a handful of vendors on this list can say. Amongst those vendors, our prices and strain selections are the best. Check out our shop for $79 kilos of some of your favorite kratom strains.