How we process our kratom

How do we process our high quality Kratom?

Our customers already know why Oasis is a great company that provides quality kratom products. If you are new to Oasis or are just interested in how we do what we do then read on.  Take a look and see how we harvest, source, refine, test and manufacture.

What exactly is kratom?

Kratom, which is the dried leaves of the mitragyna speciosa plant, has been mostly unknown to the majority of people in the United States up until recently, despite the fact that its history spans millennia.

Scientists and federal politicians alike have recently focused their attention towards kratom in the hopes of deciphering the mysterious nature of the plant. Kratom is an under-researched botanical specimen with exceptional capabilities, thus both groups are interested in learning more about the plant. The most important questions are the potential hazards, any potential benefits to human health, and the plant's future in the United States.

However, as a result of its unexpected rise in popularity, many people in the United States are curious about the production process of kratom. Because it is a plant that grows organically, kratom cannot be artificially produced in a laboratory nor can it be trademarked by a single pharmaceutical company. In point of fact, we have been living side by side with the kratom plant for a considerable amount of time now.

The leaves of this towering tree that grows in Southeast Asia nevertheless keep making their way into the United States as a finely crushed powder. How is this possible? Let's find out!

How Kratom Got Its Start

The mitragyna speciosa tree, a plant that is native to Southeast Asian countries like Indonesia, Thailand, and Malaysia, is the starting point for the production of mitragyna speciosa powder. According to Burkill, the earliest reports of kratom consumption in Malaysia date back as far as 1836. This is despite the fact that the indigenous communities in these regions have been cultivating and harvesting kratom for decades.

The surrounding environment of the plant plays a crucial role in the production of kratom. Under optimal conditions, the mitragyna speciosa tree has the potential to reach a height of up to 80 feet at full maturity. The leaves of this plant have a glossy appearance and a dark green coloring. They are also rather enormous, with the majority of fully mature leaves being significantly larger than the size of an ordinary human hand. Because the kratom plant is an evergreen, its leaves immediately sprout once they have been shed. This allows for continuous production of kratom throughout the year.

Kratom thrives in conditions that are both warm and humid, and have an abundance of sunlight. As a consequence of this, the plant is quite common in tropical rainforests, such as those found on the island of Borneo.

When the leaves of the kratom plant have reached the optimal stage of maturity for harvesting, significant amounts of those leaves are harvested or selected. Because the phytochemical concentrations that are responsible for the plant's features are affected by the freshness of the leaves, the freshness of the leaves plays an important part in the production of kratom. For example, white and green kratom strains are typically developed utilizing younger leaves, but red kratom strains typically consist of more mature leaves due to the length of time they are allowed to grow.

The leaves of the Mitragyna speciosa plant go through a drying period in either the sun or the shade before they can be ground into kratom powder. The duration of this drying or "curing" process can determine the type of powder that is generated, as do the parameters of the process itself. 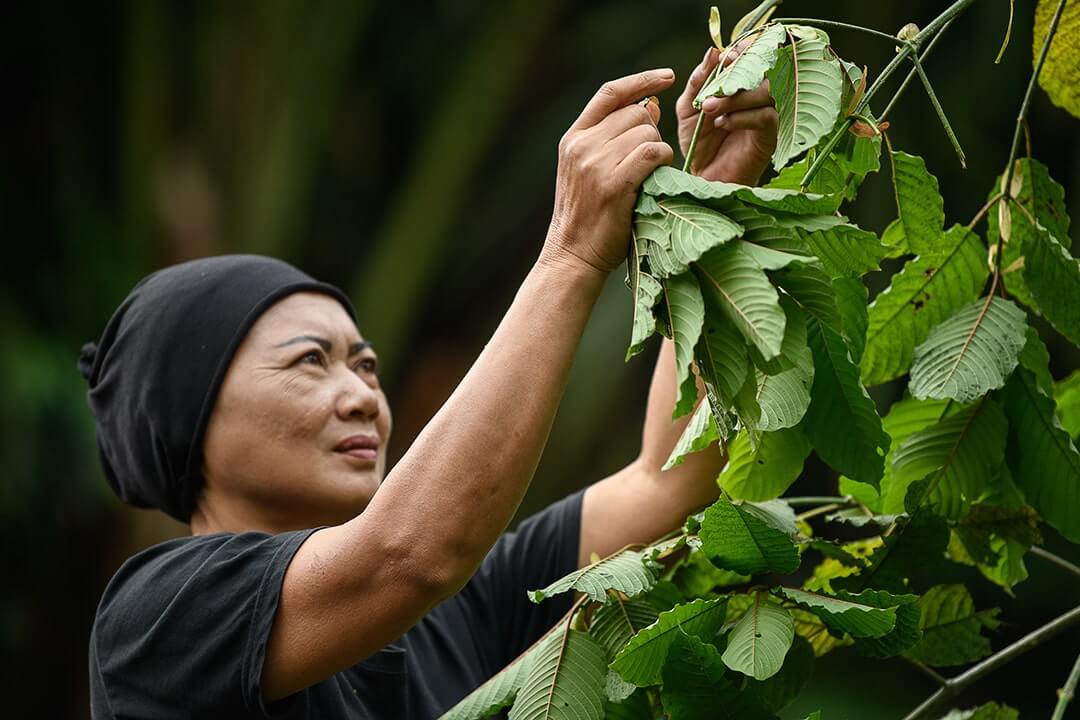 After the leaves have been dried, the next step is to either shred or grind them into a fine consistency. In the later stages of the production of kratom, an industrial grinder is utilized to generate a mitragyna speciosa powder that is even finer and has the consistency of flour. This is an essential step in the cosmetic finishing process. 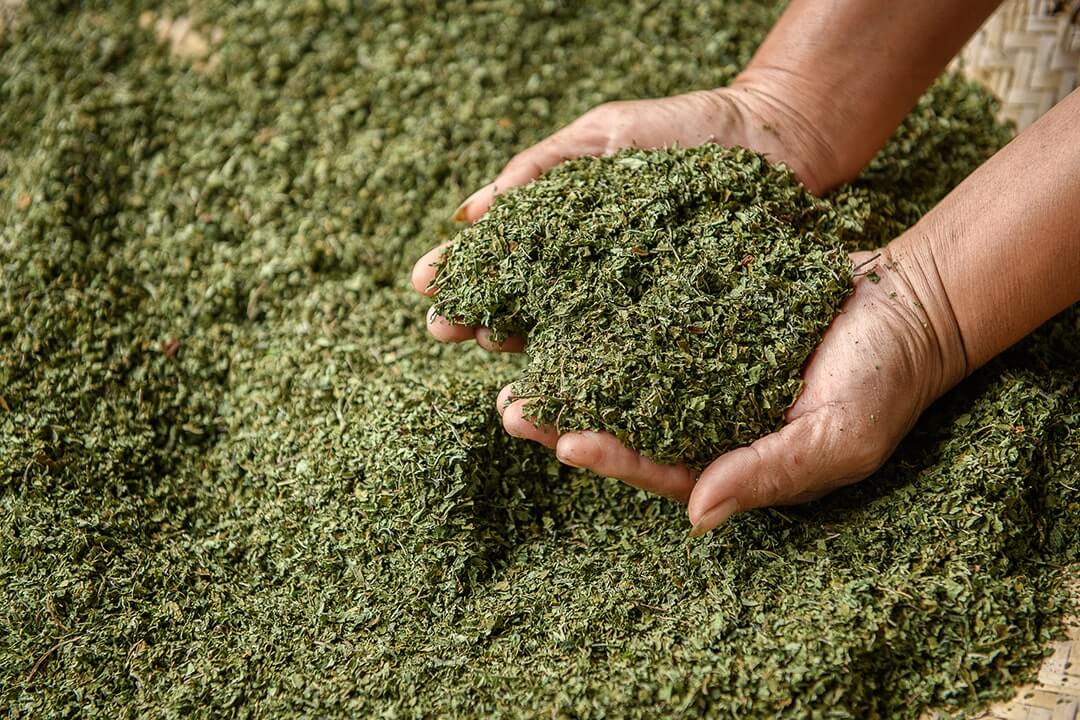 Unique Types and Shades of Kratom

After harvesting, certain strains of kratom, such as the extremely uncommon Bentuangie strain, are said to undergo a process known as "fermentation," which gives them a deeper color and a "increased" amount of alkaloids. Unfortunately, there is a dearth of knowledge regarding the production process of kratom, which makes it impossible to validate the differences between kratom strains. Having said that, experts such as Hassan et al. have claimed that the alkaloid content of kratom does appear to fluctuate from leaf to leaf, based on factors such as the geographical region of origin and the season during which the leaves are harvested.

There are a variety of "colors" of kratom, the most common of which are red, green, and white; however, other, more uncommon kratom varieties also exist.

Although the specific process of manufacturing behind yellow and gold kratom strains isn't defined or consistent, these strains are the most common outliers. Some cultivators of kratom are said to generate yellow blends by combining white and red kratom, while others produce "gold" kinds of kratom by subjecting the leaves to additional curing processes.

The best known kratom exporters in the world.

We have looked into the process of how kratom is manufactured; but, where does it originate?

Although it is possible to cultivate kratom in regions other than its native Southeast Asia, the vast majority of the supply that is sold in the United States and worldwide comes from Southeast Asian countries.

Mitragyna speciosa powder is most likely produced and exported in the biggest amount from Indonesia, which is also the country that has the most of it. The fact that kratom is not considered an illegal substance in Indonesia, in contrast to the majority of other Southeast Asian nations, has led to an increase in the number of people cultivating the plant. On the island of Borneo, the Indonesian provinces of West Kalimantan and other places provide a substantial portion of the world's supply of kratom.

It is said that growers in other adjacent regions, such as Malaysia and even Thailand, also have a role in the manufacturing process of kratom, despite the fact that kratom is a controlled substance in both of those nations. In 1979, the government of Thailand passed a law making it unlawful to buy, sell, import, or possess kratom. Nevertheless, in spite of efforts to regulate it, kratom has kept its popularity and is still the substance that is consumed in the greatest quantity in Thailand. 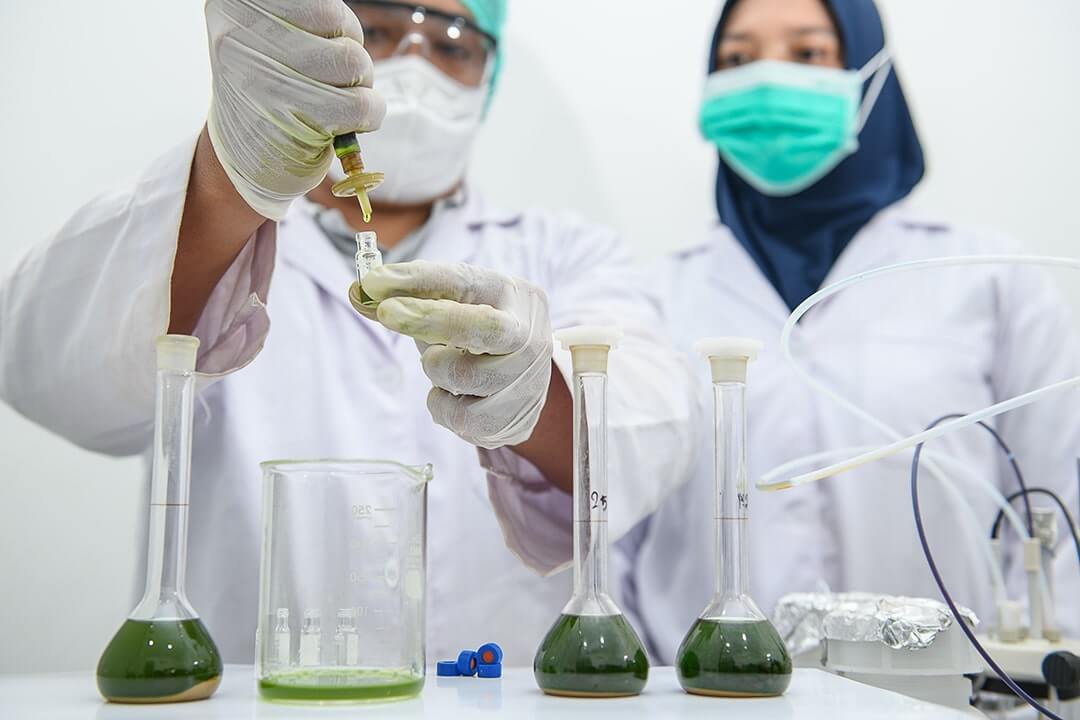 The Significance of Purchasing High-Quality Kratom

The cultivation of kratom requires the participation of thousands of farmers, involves the cultivation of dozens of different strains, and takes place over a number of different geographical regions. In addition, despite the fact that kratom has a long and illustrious history, it is difficult to predict where the future of this plant may take it.

One thing, however, cannot be argued: the importance of selecting high-quality kratom cannot be overstated.

How do you make Kratom Gummies?

One of the most recent additions to our inventory at Oasis Kratom is that of kratom gummies. Our goal is to provide our consumers with the very best that the market has to offer. Because there are not many stores that sell these candies, you will want to make sure that you add them to your shopping cart before beginning the checkout process.

All of our products undergo stringent testing in our in-house lab to guarantee their purity and efficacy. You will be able to shop with confidence, knowing that each time you buy kratom, you will be getting a product that contains the same amount of active ingredient as the last time you bought it.

At Oasis Kratom, we make our very own gummy candies from scratch. We operate in accordance with all of the GMP regulations that have been established by the American Kratom Association. This guarantees that you will be purchasing a product that is both risk-free and provides the assistance that you require.

What is in a Kratom Gummy?

Each gummy is made with an extract that contains the entire spectrum of kratom. This ensures that you receive a comprehensive range of alkaloids. They have approximately 12.5 to  25 milligrams (mg) of mitragynine per, which is more than what the majority of sellers are providing.

Oasis Kratom is the most trusted brand in the business. When our customers make a purchase from us, they will only receive kratom gummies of the highest possible quality because we have taken all of the required precautions. The fact that our flavors are so delectable is another reason why so many people who are passionate about kratom are purchasing their gummies from us.

We collaborate with knowledgeable farmers who provide us with kratom leaves that are both unadulterated and exceptionally powerful. Although kratom trees can be found growing in the wild, the trees that our farmers use are cultivated on a plantation. Because of this, they are able to exert control on the consistency of our kratom.

Please email support@oasiskratom.com for our most recent lab test result if desired.

Packaged in a CGMP Certified Facility 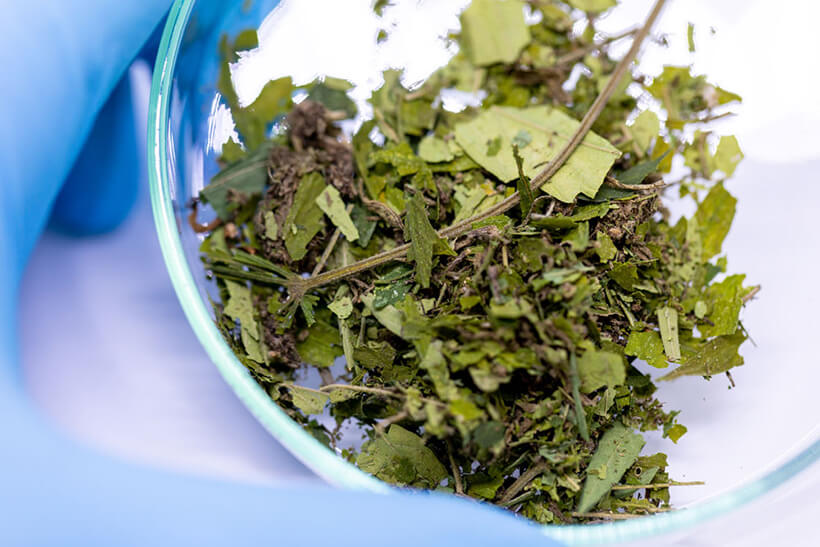 We test our product in accordance with GMP regulation of square root of the lot size (n) + 1.

Every lot we touch is tested 9+ times for salmonella, E.coli, staph, yeast, and mold. 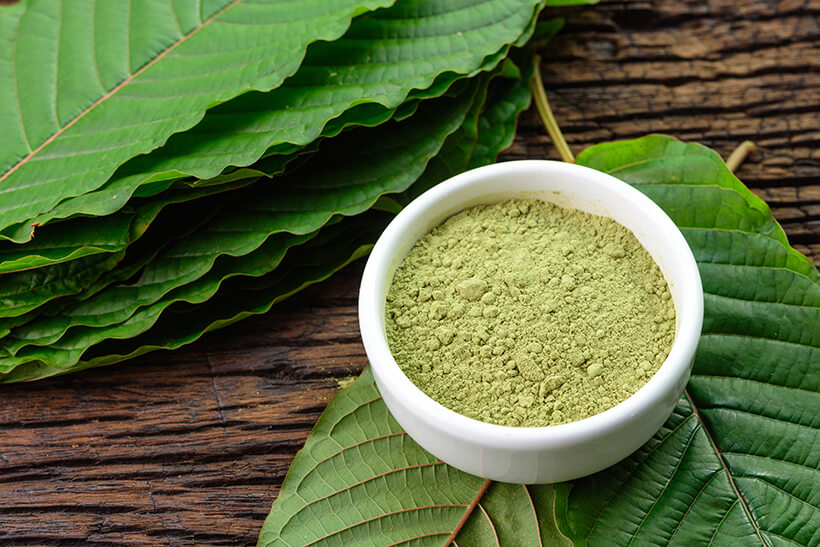 We rigorously test each batch to confirm its 100% all-natural Mitragyna Speciosa.

Every batch we produce is sourced only from the finest growers and is always lab-tested for cleanliness and strength.