Understanding kratom strains can be a little confusing. Many people consider red kratom, green kratom, white kratom, and yellow kratom to be strains of kratom. In reality, and these are the four different kratom veins. First, we will look at these different veins of kratom. 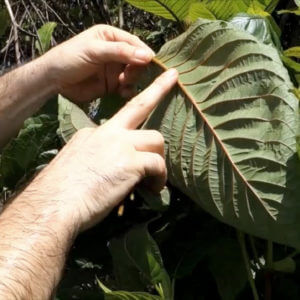 Please note that kratom is not used to treat, cure, or mitigate any disease, illness, ailment, and/or condition. Please see FDA import alert 54-15. We make no representations as to intended use or suitability for use.

Then we will look at the following 16 strains:

A kratom tree, also known as Mitragyna speciosa, produces leaves with various colors of veins, and those colors include red, green, white, or yellow. The kratom leaves are harvested and ground into a fine powder, which can then be used to provide overall wellness and balance to your life. Each of these veins is said to produce slightly different effects, although none of these effects have been proved by the FDA. Here is a breakdown of each vein.

Leaves of red kratom are the most mature, which gives them highly balanced alkaloid levels, and also red kratom strains are very popular due to their potency. Many users say red kratom is stronger than white, yellow, and green vein kratom. It differs from other kratom veins in that it can be grown in a wide variety of locations, from humid jungles to arid regions.

Green kratom is harvested midway through the kratom tree’s maturity cycle. It is the top choice of kratom users who prefer a vein that falls between red vein kratom or and white vein kratom.

White kratom is picked early in the maturity cycle. Some users report more of an energizing effect from this vein than the other veins, but none of these effects are backed up by FDA data.

Yellow vein kratom technically doesn’t exist as a recognized kratom vein. In reality, it is an offshoot of white kratom that gets its yellow color from the drying process. It has effects that are similar to many green strains. Now let’s look at 16 common strains of kratom. Keep in mind that these strains mostly all have white, green, and red varieties. You can find out more about kratom vendors by visiting our blog.

In case you are new to kratom, you may not know too much about this herbal remedy. The Mitragyna speciosa tree originates from various Southeast Asia countries, including Thailand, Indonesia, Malaysia, Myanmar, and Papua New Guinea. It is related to the coffee plant and supports overall balance. Kratom is characterized by the vein color, strain, and where it originates. You will notice that most strains include the vein color as well as its origins name. Keep reading to learn more about the various strains.

To learn more about how to make your favorite strain into an extract, check out our blog.

Cambodian kratom originated in Cambodia, but it is also grown in areas with similar climates, such as Vietnam and Laos.
The Cambodian variety is one of the hybrid strains, and it’s a combination of red and green vein horned leaves. This combination is rare, so it makes this particular strain hard to get. It also has a similar genetic outline as that of the Maeng da strain. Check out our blog where you can find tips on how to make kratom tea.

The dragon strain shares a lot of its DNA with the Thai strain. It also contains a high alkaloid count. Originating from only one plantation, it’s not easy to come by. 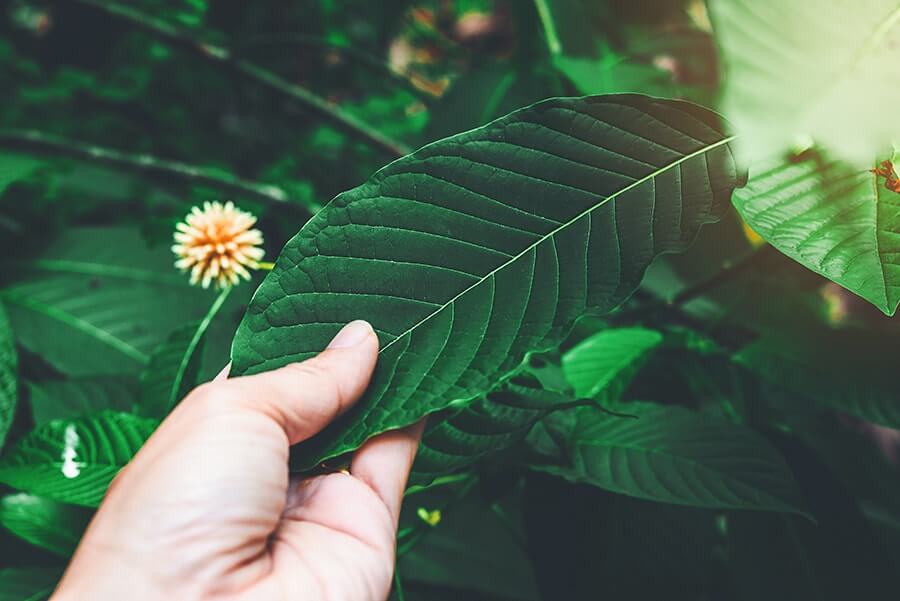 According to some clients, the Horn strain of kratom may provide clarity. Even though they are available in Green, Red, and White colors, each color is tied together by this “clear thinking” performance.

The plants that are used to make this strain of kratom are rare, primarily because they’re located on an island with little inhabitants. Found in White, Green, and Red, each one of these strains is special because they house a unique alkaloid count. Many claim the Green Hulu Kapuas strain is one of the rarest.

The popular Indo kratom strain comes in both red vein, as well as white vein varieties. However, it’s the White version that is the rarest to find. The Red Vein Indo contains a dense cell wall within the genetic makeup of the strain. Although it contains a high alkaloid content, it’s reported that the performance of this strain hit the user gradually.

The Jong Kong strain of kratom offers up a special alkaloid content and appearance. Available in Red, Green, and White. The Green version has been dubbed Maeng da’s little brother due to its potency. In terms of the Red strain, it comes from some of the oldest and most mature trees you can find. The White Vein Jong Kong Kratom is comprised of two White strains.

Out of all the different strains of kratom, Kali is one of the best smelling strains. It also houses a unique blend of alkaloids. It has been said that the strain’s potency is moderate and lasts for a long period of time. It comes in Red and Green veins.

You can purchase Ketapang kratom in either Red, Green, or White. Each one provides you with a slightly different experience. The Red, White, and Green versions are all popular, and the fresh smell of the Green Vein Ketapang is a welcome aroma to most customers. 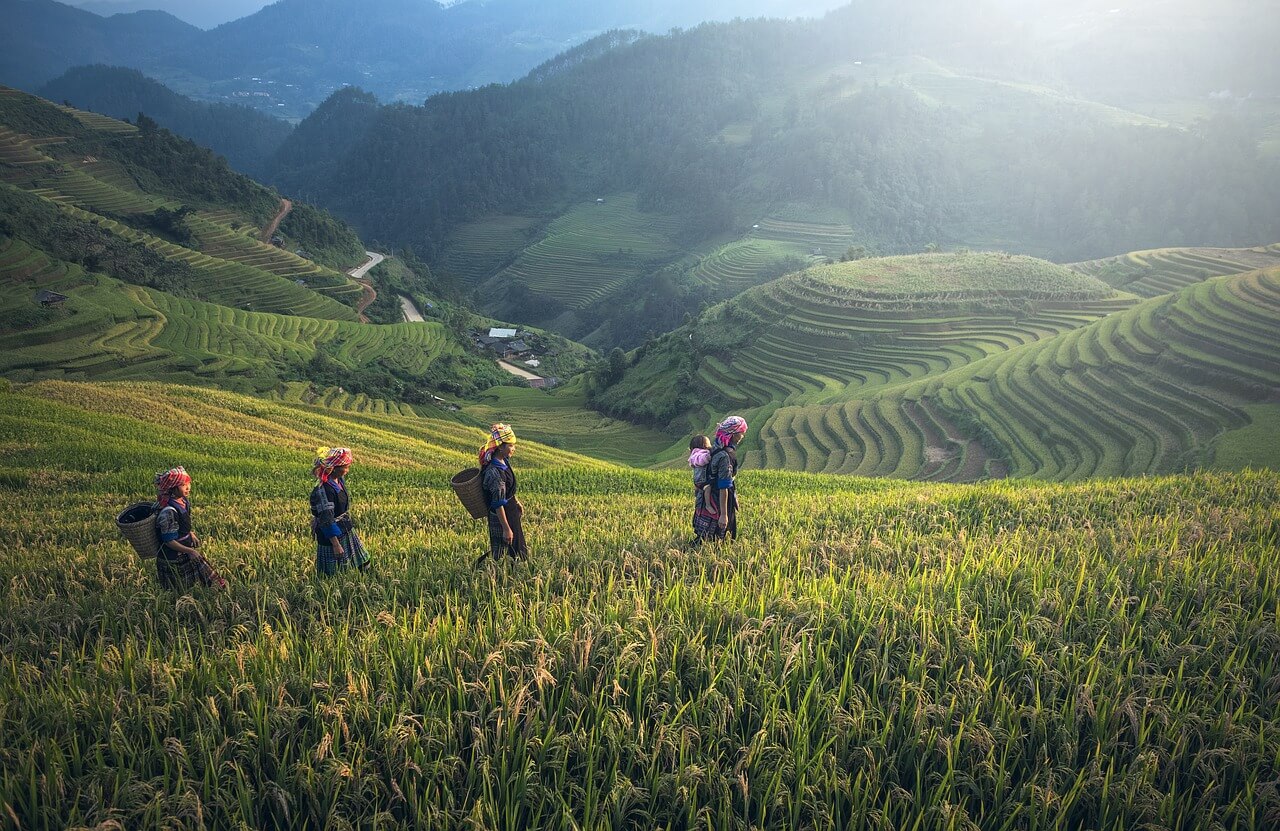 Maeng da kratom is one of the most potent strains. The Maeng da strain was “grafted” together using two different sets of leaves. This is a common technique when modifying and creating strains. Like almost any other strain, it’s available in many forms. Green Maeng Da in particular is a very popular choice among avid kratom users.

There are two different types of Malay Kratom strains. You have the Standard Green Malay and the Super Green Malay. Comparing the two, Super Green Malay is a little more subdued in terms of alkaloid content. You’ll experience a more moderate performance with this type than using the Standard Green Malay.  After Maeng-da, Malay is the next most popular strain to use. It also has a unique smell that sets it apart from other strains. Check out our blog where you can read more about the differences between kava vs kratom.

Out of the Green, White, and Red versions, Red Vein Riau Kratom is the easiest to find. Featuring a musky aroma, it’s one of the best choices out of all the Red Vein Kratom powders available. It’s also a more moderate option if you’re looking for something less potent than other strains.

Check out our blog to learn why you should not smoke kratom.

Found on the Sumatra islands located in Indonesia, this strain of kratom grows exceptionally well. These islands receive a ton of rain and loads of humidity. It’s available in Green, Red, and White versions, but the White version is the most powerful. It’s so powerful and potent that many consider it the most potent White strain available anywhere. If you choose the Green strain, you’re in for a much milder and subdued experience. The Red Vein version lasts for quite a long time.

Thai kratom is available in White, Green, or Red. Out of all of these, the White Vein strain is one of the most potent strains of kratom available.

The Vietnam Kratom strain is available in all vein colors. The yellow strain is gaining popularity and has a mild performance. The White Vietnam strain is much more powerful, so be careful when ingesting. Since this strain grows in Vietnam, it’s privy to the unique climate offered in the country.

Since there are so many different kratom strains on the market, the best way to find one that will cater to your wellness needs is by trying them out. You always want to go into trying out a new strain with caution, as you do not know how you will react.

Now that you understand more about the different types of strains, you have all the information you need to try them for yourself and see which ones work best for you. All of our kratom is lab-tested at least 9 times to ensure you are getting the purest kratom free from pesticides and disease. All of our strains are available wholesale or by the gram. Check to make sure that kratom is legal in your state before trying to order online. Many states kratom is still illegal such as Wisconsin, and parts of Illinois.

Oasis Kratom is a proud member of the American Kratom Association, also known as AKA. This organization was established in 2014 and is fully committed to helping consumers understand and access Kratom with ease.  AKA believes Kratom should be widely available to those who wish to improve their overall wellbeing.