Green vein kratom is a specific leaf that grows in Southeast Asia. Growing on the mitragyna speciosa tree, green kratom contains plenty of positive attributes that promote a healthy lifestyle.

In this guide we will talk about:

What is Green Vein Kratom?

Green vein Kratom is a strain of Mitragyna Speciosa. Typically found in the Southeast Asia area, it naturally grows in rainforests due to the humidity and climate. The Kratom tree can grow up to 49 feet tall and is an evergreen. Evergreen trees sprout hundreds of leaves and are always supplying farmers with plenty of kratom leaves to harvest.

While other colors are available, the green variety has often been referred to by customers as a delicate balance between the intense red vein and even subtler white vein kratom. It’s also a relatively easy type of kratom to find (unlike the elusive golden kratom). The colors aren’t arbitrary, either.

In fact, the color of the leaves come down to the cyclical behavior of nature itself. When the leaf first sprouts on the evergreen tree, it begins its life as a red leaf. This infantile stage is important, as it houses a unique collection of alkaloids. As the leaf grows, the chemistry in the leaf changes as well.

After a while, the red leaf begins to mature and change from red to green. Green is your “midlife” stage, and it’s not long before it reaches full maturity and becomes white. Now, it’s also possible that the green leaf will transform into a golden yellow color, but that’s a rarity.

If the white/yellow leaf isn’t harvested within a certain amount of time, then it turns brown and withers away as all leaves do.

Green is also not a color of kratom that stays to itself. Indeed, when people use kratom, they often partake in more than just one color. However, if you’re going to combine varying colors of kratom, it’s best to consult an herbalist before carrying on with it.

Green vein kratom also has a distinct aroma that accompanies it.

Where is Green Kratom Grown?

Like all other colors of kratom, the green variety comes from the mitragyna speciosa tree. Since it grows in countries like Indonesia and Asia, this type of kratom grows up and is cultivated in hot and humid weather conditions.

The harvesting process these leaves go through makes a big impact on how the kratom promotes wellbeing. 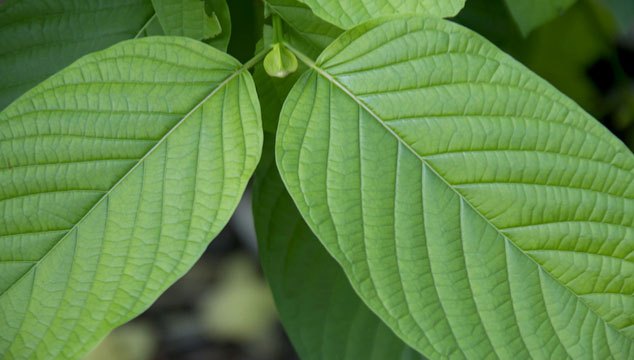 For example, once the leaves are picked off the tree, there are two ways in which the farmers harvest them. First, the farmers can hang their leaves outside. This allows the sun to dry them out in a natural fashion. Or, the farmers also have the choice of placing them out on racks to dry. While it really comes down to the preference of the farmer, it’s this drying process known as “curing” that shapes how the leaf will interact with the body.

When the sunlight hits the leaves and dries them, it mixes up and changes the alkaloids within the leaf. So, just by the process of drying different colored leaves, these farmers can manipulate what type of kratom they’re actually harvesting.

However, that’s not the only way in which farmers concoct specific strains of kratom. If they want to create a specific strain of green vein kratom, they have two other techniques at their disposal.

First, they can engage in what’s known as “fermentation”. Instead of placing the leaves out to dry in the sun, they are placed into a bag and left to ferment. This traps the moisture and alters the compounds of the alkaloids inside the leaf. Depending on the strain they’re trying to make, they will keep the leaves in the bag for varying time frames.

There’s also the technique known as “shade drying”. As the name suggests, the leaf isn’t placed in the sun. Instead, it’s kept in the shade to preserve its natural alkaloid makeup. The only downside to this technique is that it may take longer for the leaves to change colors, so it might not be the best choice for every situation.

Since the leaves thrive in the sunlight, they survive in the local weather conditions and are exceptionally resistant to dying. This is important to note since kratom is a product that gets shipped all around the world.

In these Asian countries, kratom farmers pick the kratom leaves and grind them into a fine powder by using machines like industrial grinders. The powder is the most common form of kratom, and this powder then gets shipped from its home soil to countries like the United States. 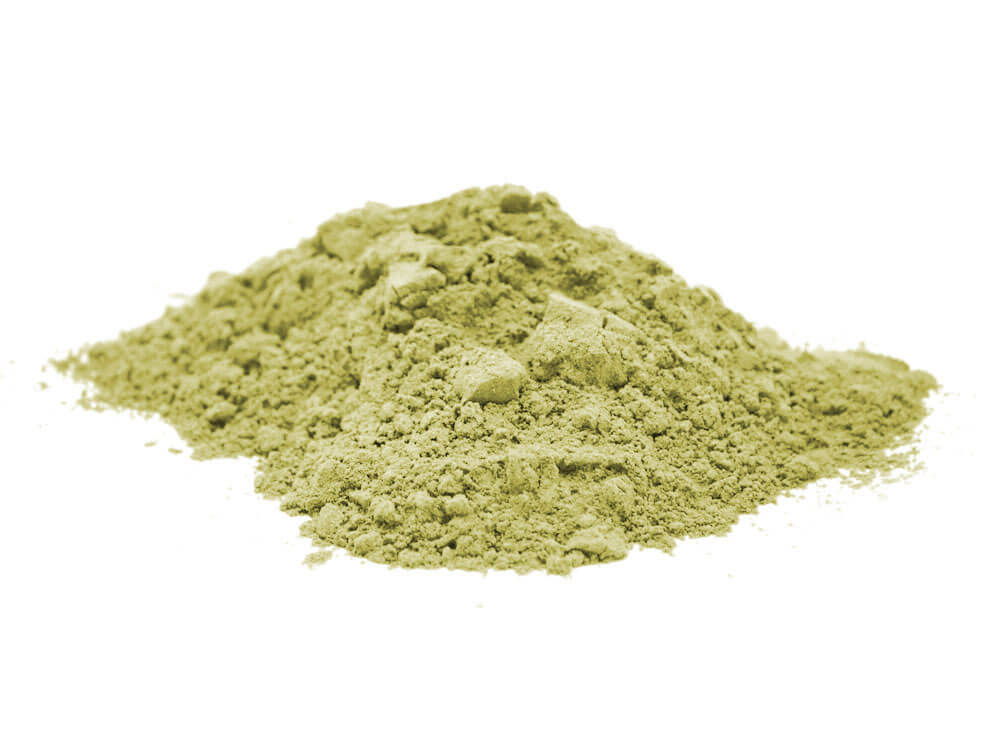 The Most Popular Green Kratom Strains

One of the more popular strains of green vein kratom is called Bali. This strain is well balanced making it very popular among kratom users.

The biology of green vein Bali is somewhat unique when compared to other types of kratom. Green Bali has a high number of alkaloids. Check out some other kratom strains that are offered.

Hailing from Malaysia, green vein Malay is a more potent strain. It has been given the nickname “Super Green Malay.” Since it’s such a potent strain, always remember to consult an herbalist before beginning a kratom regiment.

One of the reasons green vein Indo kratom is so popular is because many people refer to it as “super green Indo.” Customers attached this variant onto the name for one major reason. Mainly, this specific type of kratom leaf is larger than its peers. Thus, it contains more alkaloids.

The island of Borneo is where this strain of green kratom originates from. Located near Indonesia, green Borneo kratom is found here in old-growth forests. Cultivated for hundreds of years by Borneo natives, green Borneo kratom maintains its popularity for a variety of reasons.

If you’re searching for what’s considered one of the most potent strains of kratom available, then you’ve found it in the form of green Maeng da. Its leaves are loaded with alkaloids. Make sure to try this type of green kratom when you’re in a safe space where you’re not going to be driving or walking around. Until you know what type of support the kratom will provide you, it’s always best to be cautious.

The island of Sumatra is where you’ll find this type of green kratom. Loaded with a ton of alkaloids and high levels of potency.

What are Alternative Names for Kratom?

Although the term “kratom” is popular in the US, there are many other names for these leaves around the world. It differs depending on what country you’re in, but each one means the same thing.

Below are the alternative names for kratom, as well as where the term originated:

What Form is Kratom Available In?

Easily the most popular method of taking kratom, the farmers of these leaves harvest them and leave them to dry in the sunlight. Then, they grind the leaves into a fine powder. Finally, they’re hauled to a port where they are shipped off to various countries.

The most common form you will find today, the powder is easy to use. You can place it in tea or any other kind of drink and mix it in. The only cautionary point about the powder form is that dosages are hard to grasp. Be careful with the powder form, and always consult an herbalist before use.

Kratom extracts are much more potent than other forms. They are typically liquid and include things like tinctures, oils, and resins.

Besides powder, kratom capsules are frequently found wherever you can obtain the powder. The capsules work relatively quickly when compared to other methods, so you may want to try this method of ingesting if you’re looking for a quick result.

Yes, green kratom powder is plentiful on the Internet. In fact, you can buy any color of kratom powder online. Many stores sell this powder, and it’s relatively easy to obtain.

Are There Dosages of Green Kratom?

Yes, there is a general dosage guide that you should follow when ingesting green vein kratom. The average dose of kratom is about two to three grams (in powder form). This is an excellent starting point for beginners.

Once you take it, allow about 40 minutes for the kratom to kick in. Now, this number fluctuates depending on the specific strain you’re ingesting. But, 40 minutes is just about the right amount of time to start feeling it.

Before ingesting Kratom, you’re going to want to take into account a variety of factors that could promote kratom to act differently.

Disclaimer: Kratom is not used to treat, cure,  or mitigate any disease, illness, ailment, and/or condition. Please see FDA import alert 54-15. We make no representations as to intended use or suitability for use.

Want to join the discussion?
Feel free to contribute!

What is Maeng Da Kratom and Is it Legal?
Scroll to top