States have to make the decision when it comes to the legalities of kratom. This is because no federal regulates or bans kratom. If you are asking yourself is kratom legal in Wisconsin, the answer is no. Kratom has been illegal in Wisconsin since 2014. Let’s take a deeper look into Wisconsin’s kratom laws.

Is Kratom Legal In Wisconsin?

No, kratom is not legal in Wisconsin. In fact, it is just one of a few states where kratom is banned. Other states include Alabama, Rhode Island, Indiana, and Vermont.

States such as Florida have allowed the use of kratom but it is illegal in Sarasota County. So, you can see, that if you do not know the kratom laws in your state there could be issues. This is not the case for Wisconsin.

It is illegal in all areas including major cities such as Milwaukee, Madison, Green Bay, Wisconsin Dells, and Kenosha.

Legalities Of Kratom In Wisconsin

Sheila Harsdorf brought forth senate bill 325 for a vote in 2014. The bill’s purpose was to ban “designer drugs” people used to get high. It lumped kratom into the same class as bath salts and synthetic cannabinoids, like Delta-8. The main active compounds of the Mitragyna Speciosa leaves (where kratom comes from) are mitragynine and 7-hydroxymitra-gynine (7-HMG). They are both indole alkaloids and have shown anti-inflammatory and pain relief properties. These alkaloids effect the delta opioid receptors (responsible for pain signals) in our brains.

In 2022 Wisconsin attempted to pass a bill that would effectively legalize kratom and restrict it to persons aged 21+, known as Assembly Bill 599 (AB599), unfortunately it failed to pass. Wisconsin is expected to revisit the issue of kratom’s legal classification in 2023; for now, however, the future of kratom legality in Wisconsin remains murky. The American Kratom Association (AKA) is working towards getting kratom off the Schedule I list in Wisconsin.

Classification Of Kratom In Wisconsin

Now that you know the answer to, “Is kratom legal in Wisconsin?” You may be wondering if this herb has been classified. The alkaloids in kratom, not the plant itself have been classified as Schedule I drugs. It is a matter of how the plant is perceived by lawmakers as having “a high potential for abuse” with “no currently accepted medical use”. Because very little formal scientific research around kratom and its effects has taken place in the United States, lawmakers are hesitant to make kratom fully legal; even though there is evidence of its effectiveness through centuries of use by indigenous peoples of Asia, and many current stories of how kratom has changed people’s lives for the better.

Where Can You Buy Kratom in Wisconsin?

Kratom is illegal in Wisconsin and not available to buy, sell or use in this state. In addition, no online vendors will ship to an address where kratom has been banned. So, if you wish to try kratom you will have to do so in a state where it is legal. Being caught with kratom in Wisconsin is a criminal offense and you will be faced with fines and possible jail time.

THE AKA AND THE FIGHT FOR KRATOM LEGALITY

Founded in 2014, the American Kratom Association’s vision is to protect the rights and safety of kratom users across the country. Since kratom is not currently regulated at a federal level, each state is left to decide how they want to handle this herb. The American Kratom Association, also known as the AKA, is the advocate group for kratom users throughout the United States. This group is for consumers, so they do not operate for corporate gain.

The AKA is working to get all states on board with the Kratom Consumer Protection Act. This Act will help regulate the kratom industry. This will help keep consumers safe and give vendors a set of guidelines that they must comply with. They actively monitor federal, state, city, and municipal legislation. To learn more about the AKA and their active efforts, check out their website.

The Kratom Consumer Protection Act (KCPA) is a bill that will help place regulations on the kratom industry throughout the nation. The KCPA will address the following concerns:

This Act aims to make kratom a safe industry for consumers and to ensure that vendors are following proper protocols. The KCPA was introduced by the American Kratom Association (AKA) along with the Botanical Education Alliance (BEA).

Is kratom legal in Wisconsin? If you are looking to buy kratom near me in Wisconsin, you are out of luck. Some people think that going through an online kratom vendor is a way to get around Wisconsin’s kratom ban. However, reputable vendors uphold state kratom laws. They do not ship to areas that have ban kratom. You will have to hope Wisconsin reverses its kratom ban before you can give it a try.

Visit our blog to read more about kratom strains, as well as vein colors: red, green, white, and yellow. 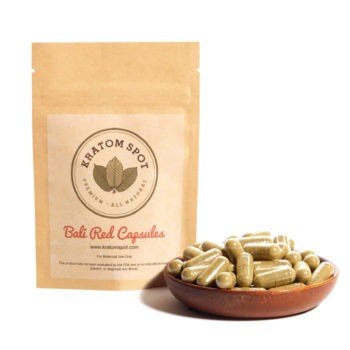 Is Kratom Legal in Illinois?