The herbal market is booming with everyone looking to improve their overall health. Kenna vs Kratom is a new comparison that a lot of our customers are inquiring about. We not only touch on topics that surround kratom but also comparisons and potential alternatives. This helps you understand kratom better and make the best-informed decisions. Let’s take a look at both herbs and see how they compare. In addition, we will also provide the best kratom alternatives. 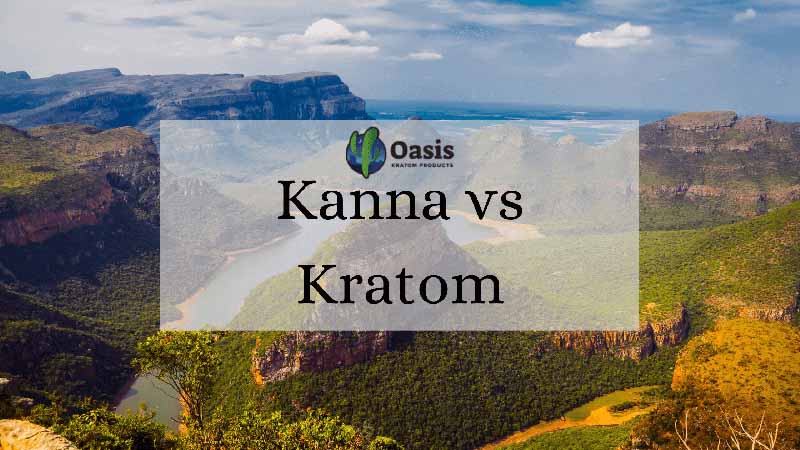 Kratom originates from Southeast Asia and comes from the Mitragyna Speciosa trees. Kratom has also been used for centuries by the Southeast Asia natives. Strains of this herb can be found in Thailand, Indonesia, Malaysia, Myanmar, and Papua New Guinea. Traditionally the leaves of the kratom plant were chewed or smoked, just like Kanna. This herb was also used in social settings and ceremonies.

Mitragyna Speciosa is an evergreen tree in the Rubiaceae family (coffee family). Kratom is known for its impressive alkaloid content, as this is what gives each strain its potency. The two main alkaloids are Mitragynine and 7-hydroxymitragynine. However, there are many other alkaloids that makeup kratom. The two main alkaloids in kratom are what cause this herb to be banned in many areas of the world.

Kava kava is another kratom alternative that has been gaining a lot of attention. Check out our blog kava vs kratom.

The scientific name for Kanna is Sceletium Tortuosum. This flowering plant is part of the Aizoaceae family that is native to South Africa. This herb has been utilized for centuries by the Khoikhoi and San people in South Africa. It has been a prevalent part of South African folk medicine for many generations. Traditionally, the leaves of the plant were smoked or chewed during ceremonies or social events. The leaves are now typically ground to form Kanna powder.

The first reference of Kanna dates back to the 17th century. Jan Van Riebeeck, who was a Dutch colonial administrator of Cape Town recorded use of this plant. According to this record, forms of Sceletium Tortuosum included teas, gels, and tinctures. The leaves were often smoked or chewed, and it was referred to as “Kugoed” (chewable or good chew). It also comes in powder and capsules. Kanna extract is quickly becoming a favorite among users, as well.

Like kratom, this herb is also made up of different alkaloids. However, the main ones include Mesembrine and Mesembrenone. Kanna does not have the legal issues that kratom does, which makes it one of the best kratom alternatives. This herb is virtually everywhere around the world, while many areas have banned kratom.

Both herbs are similar when it comes to the forms that they offer. Kanna and Kratom are offered in powder and it happens to be the most popular option among consumers. In addition, you will find these herbs in capsules, tinctures, teas, and extracts. Other products on the market vary for each herb, but these are the main options. However, users do prefer Kanna powder and kratom powder over other products.

One of the most separating points for Kanna and kratom is the types that are offered. Kratom is quite complex, as there are 4 different vein colors to choose from. These include red, green, white, and yellow. In addition to this, kratom is offered in various strains.

Some examples include Thai, Maeng Da, Malay, Borneo, Dragon, Elephant, and much more. Also, the strains can carry over all the vein colors. So, there are endless possibilities when it comes to the different types of kratom that are offered on the market. All the kratom strains and vein colors will vary in their alkaloid content and the overall support that it offers.

Kanna, on the other hand, is less complex. Kanna comes in three different types, which include regular Kanna, heated Kanna, and fermented Kanna. They all vary in the way they are processed, as well as their potency levels. These processes are all very different but will change the overall support you receive from Kanna.

We mentioned these above, but want to do the comparison here. Both of these herbs have different alkaloid profiles that can offer similar support.

Kratom varies in the alkaloids it offers according to the vein color and strain. However, the main two alkaloids that are present are Mitragynine and 7-Hydroxymitragynine.

The way that Kanna is processed will vary the alkaloid content. The main alkaloids in this herb include Mesembrine, Mesembranol, and Mesembrenone.

The main two alkaloids in kratom tend to be the issue for most lawmakers. There are a handful of areas within the United States that have banned the use of kratom. These include Vermont, Indiana, Rhode Island, and Wyoming. Most areas do not actually ban kratom but the two main alkaloids.

Kratom has issues across the globe. In fact, this herb was banned in the 1940s in Thailand. This is one of the areas where kratom is prevalent. However, at this time, Thailand is making efforts to lift the kratom bans. There are so many similar stories when it comes to the legalities of kratom across the globe.

Kanna on the other hand is readily available and legal. There are no bans on this herb, and some users choose Kanna as an alternative to kratom because they live in an area where kratom is banned. So, when looking at these two herbs from a legal standpoint they couldn’t be more opposite.

However, what Kanna has going for it is the fact that it is not well known. This is probably why the herb lacks in legalities because there are not enough people who know about its existence and it lacks in scientific studies.

Where To Buy Them?

Kratom is pretty well known in the United States. You will be able to pick it up in many local shops, including smoke shops, vape shops, specialty shops, and some gas stations. You can also choose to source your kratom with an online vendor.

Kanna, on the other hand, is a very obscure herb. It is not well known, so it is highly unlikely that you will be able to find it in any local shops. Your best bet is to buy Kanna through a reputable online vendor.

Since the Kanna market is not well developed, you will more than likely have a hard time finding a vendor who offers lab testing on their products. This can be risky because there are a lot of fakes on the market. So, you have to be very cautious and do your homework before buying Kanna.

Kratom is not highly regulated. However, the American Kratom Association is working to put regulations in place. They have come up with the Kratom Consumer Protection Act, which will address issues such as lab testing, age restrictions, and fines.

The AKA has put GMP regulations in place to help vendors offer higher-quality kratom to consumers. In order to become a part of the AKA, the vendor will have to pass a strict third-party audit and abide by all GMP regulations. These regulations include lab testing.

We are an active member of the American Kratom Association. We test all of our lots 9+ times for salmonella, E.coli, staph, yeast, mold, and to confirm its 100% all-natural Mitragyna Speciosa. While the kratom market still has a long way to go, there is lab testing in place to help authenticate products. Only buy from vendors who offer lab testing.

While both herbs lack scientific research some studies help us understand how they interact with the body. While they provide similar support both herbs work with different parts of the body. Kratom is known to work with opioid receptors, while Kanna is a Selective Serotonin Reuptake Inhibitor (SSRI). So, both of these herbs work differently when it comes to the body.

We hope that this blog has helped you understand Kanna vs Kratom. Both of these herbs are different but do bear some similarities. Kratom has been popular in the United States for some time, and Kanna products are quickly gaining traction. If you are looking to try some kratom powder or capsules check out our shop. Let us know if you have any questions or are looking to try some new kratom strains. Other kratom alternatives include kava kava, Sakae Naa, blue lotus, Mitragyna Hirsuta, Mitragyna Javanica, and Akuamma. 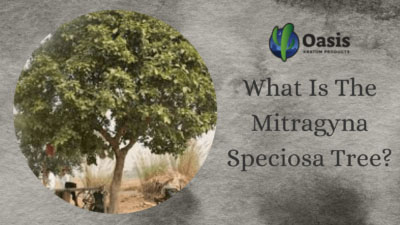 What Is The Mitragyna Speciosa Tree?