Is Kratom Legal In Rhode Island?

Is Kratom Legal In Rhode Island?

No, kratom is not legal in Rhode Island. However, this may change in the future. The American Kratom Association is working to get this state on board with the Kratom Consumer Protection Act. If this Act passes, it will regulate the industry and allow the use of kratom for citizens of Rhode Island.

Since kratom is not regulated by the federal government, each state is left to decide how they want to handle this herb. Some states choose to ban its use, such as Rhode Island or Vermont. While others allow its use but there are specific areas within the state that have ban kratom, such as Sarasota County in Florida.

Kratom is illegal in all parts of Rhode Island including major cities such as Providence, Newport, Warwick, and Cranston.

Legalities Of Kratom In Rhode Island

Legal issues for kratom in Rhode Island began in 2017. The two main alkaloids in kratom were criminalized. Both mitragynine and 7-hydroxymitragynine were placed on the Controlled Substance List.

However, this kratom ban was not highly publicized. The kratom community was not aware of the proceedings and were unable to offer their support. This caused a lot of confusion for kratom users in Rhode Island. Especially since kratom was not included in the Controlled Substance Act, only the alkaloids were listed.

News stories began coming out about kratom and confirmed that it had indeed been ban in Rhode Island. At the end of February 2019, two sponsors proposed the Kratom Consumer Protection Act. However, the first attempt for this act died in the committee.

A hearing was held in March 2019, and people were able to share their support for kratom. This created a new bill to help regulate kratom in Rhode Island, which was introduced in January 2020.

The Kratom Consumer Protection Act was created to help regulate the industry and improve the quality of kratom products. Each product will be subject to have a label that contains the alkaloids that it has. Adulterated or synthetic versions of kratom will be illegal to sell.

At the time of writing this blog, the KCPA in Rhode Island has not fully been approved. The AKA is working for this approval and hopes to obtain it in 2021.

Classification Of Kratom In Rhode Island

Now that you know the answer to, Is kratom legal in Rhode Island? You may be wondering about its classification in this state. Funny enough, kratom is not a part of the Controlled Substance List. However, the main two alkaloids found in kratom are. This has caused a lot of confusion for consumers. Lawmakers are working to regulate the industry and help make kratom legal in Rhode Island. The best thing you can do is offer your support.

Kratom is illegal in Rhode Island, so you will not be able to find it in any of your local stores. Plus, no online vendors will ship kratom products to an address in Rhode Island. If you are an avid user of kratom, Rhode Island is not the state that you want to live in. If you are caught with kratom you could face criminal charges.

Please note that kratom is illegal in Rhode Island. No online vendors will be allowed to ship products to you. However, if you are from another state keep reading to get some tips on how to find a trusted vendor.

Kratom is not a highly regulated industry. So, there is a lot of room for fakes and scams. You want to be sure you are buying from online vendors who offer high-quality products. Here are some tips to help you out. 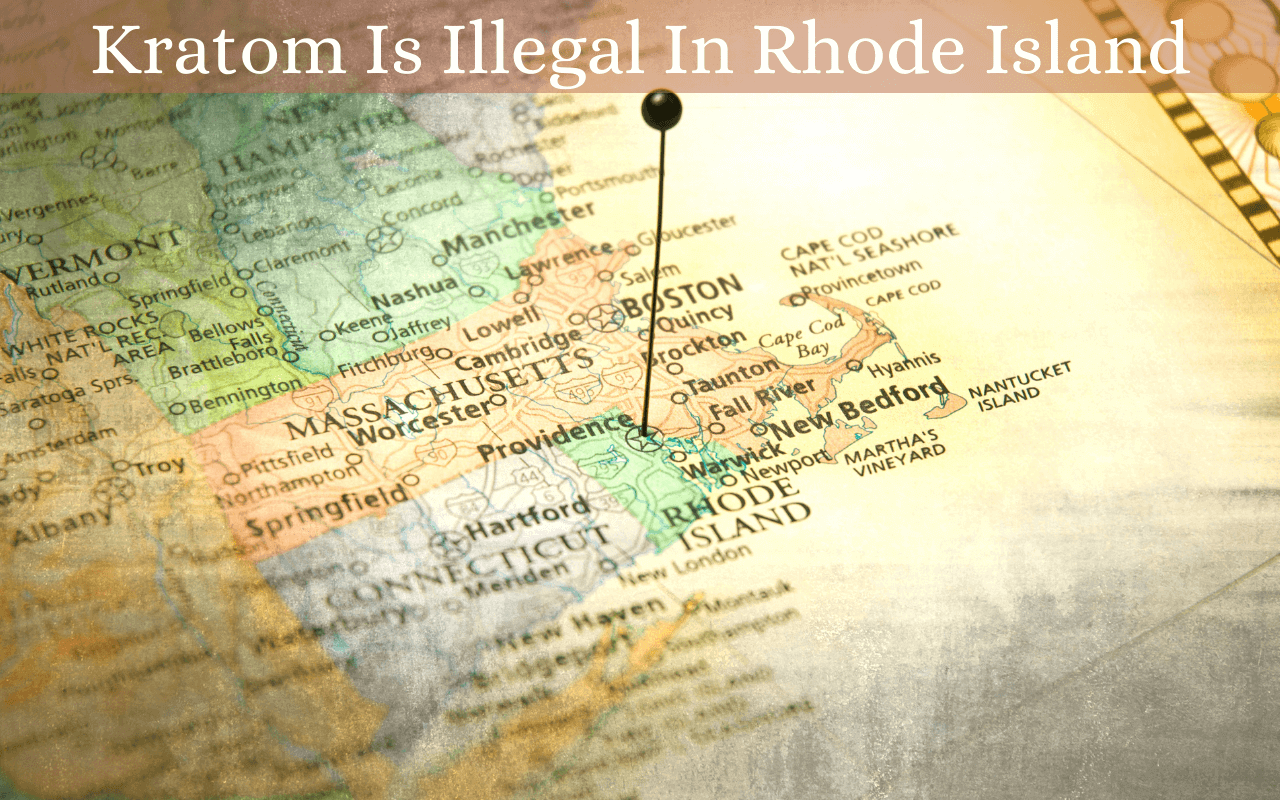 The American Kratom Association, also known as the AKA, is widely known to be the largest support system for kratom throughout the United States. They offer guidance when there are legal issues and work with lawmakers to come up with solutions for kratom rather than bans.

The AKA has outlined GMP protocols for the industry. We are a proud member of the AKA and adhere to all GMP regulations. This allows us to offer you the highest quality products in the industry.

The Kratom Consumer Protection Act was created to help regulate the industry. This act will address several issues such as age restrictions, labeling, testing, and compliance. Lawmakers are often threatening kratom bans because the industry lacks standards. The American Kratom Association is working to get all states to adopt the KCPA. This will make kratom a safer place for consumers, as well as help keep kratom legal.

If this act is passed in Rhode Island, it will be legal to buy, sell, and possess kratom for anyone over the age of 18. Kratom has a place in this state and consumers are pushing to see that this act passes through the committee. The pending legislation of the KCPA will determine the future of legal kratom in Rhode Island.

We hope that this blog has answered your question, “Is kratom legal in Rhode Island?” Do not expect to find kratom in your local shops. Although we cannot offer you kratom products if you live in this state, we are happy to answer any questions or concerns that you may have. As a premium vendor for kratom, we offer the highest quality products coupled with exceptional customer support. Check out our shop and let us know if you have any questions. Keep checking back here for the latest updates on the legal status of kratom in Rhode Island.