Kratom originates from a tree located in Southeast Asia and is closely related to the coffee plant. This herbal remedy has been used for centuries in religious ceremonies and is widely accepted in Asian culture. However, kratom is somewhat new to the western world and there is still a lot of speculation surrounding this supplement. One question that our customers often ask is, “Does kratom show up on a drug test?” 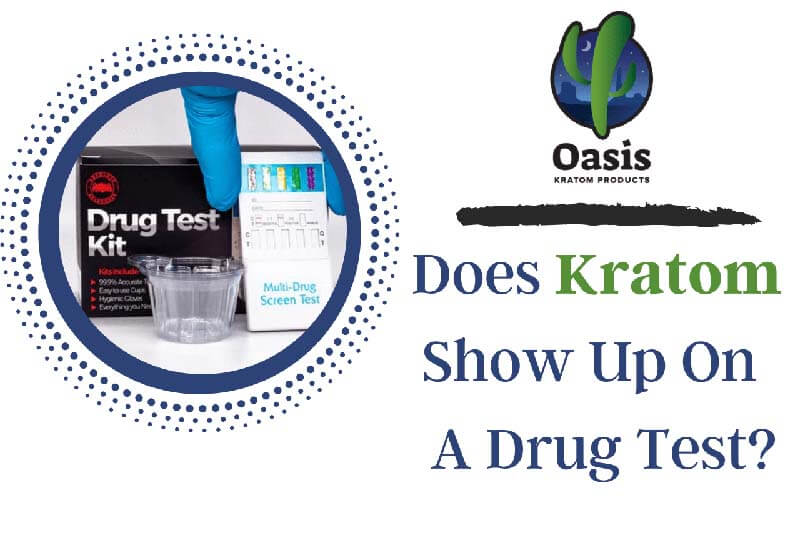 The short answer to this question is, no and yes. Kratom will not show up unless it is specifically tested for. Standard drug testing will not detect kratom. However, there are customized drug screens that can detect kratom. This is a complex question that requires more exploration. Keep reading to learn more!

Please note kratom is not used to treat, cure, or mitigate any disease, illness, ailment, and/or condition. Please see FDA import alert 54-15. We make no representations as to intended use or suitability for use.

Kratom can be purchased online or through local retailers. It can be bought in various forms, such as powders or capsules. While kratom is not classified as a controlled substance at this time by the DEA, there is a lot of concern surrounding kratom and its legalities. In 2016, the DEA did try to get kratom classed as a Schedule 1 Substance, but after multiple complaints, the DEA chose to withdraw their decision. This allowed kratom to remain legal in the United States. There are not enough clinical trials and scientific studies to help support a case for or against this herbal remedy. In time, more light will be shed on the overall balance that this herb has to offer.

Does kratom show up on a drug test? The answer is no and yes. For those who have to worry about standard work-related drug screens, it is highly unlikely that they will be testing for kratom. However, there is some drug test that will specifically look for kratom. It will depend on where you are located, and if kratom is heavily frowned upon in your area. Kratom is legal in most areas within the United States, and employers do not worry about testing for it.

Kratom is unique in the overall wellness factors that it provides. Your dosing and the type of kratom you are using will determine the results that you get from your kratom products. However, your overall weight, how much you have eaten, and your overall health can play a role in how long kratom stays in your body and how sensitive you are to specific kratom products.

Kratom is not an illegal substance in most parts of the USA, and it is easily accessible online, in headshops, convenience stores, gas stations, and smoke shops. You may find it in various forms including powder, capsules, leaves, extract, resin, vape juice, and gum.

While kratom alkaloids bind to opioid receptors in the brain, it is not structurally related to opiate drugs. Because of this, it would not be detectable through an opiate drug test. However, that is not to say that the alkaloids would not be detectable in body fluids, because they are. They are not typically tested for because kratom is not illegal in most areas within the United States.

There are some areas where the state and local government has banned the use of kratom. These include:

In addition, the following states have some restrictions regarding kratom use:

Standard workplace drug tests would be checking for cannabinoids, cocaine, amphetamines, opiates, and PCP. Kratom may not show up on standard drug tests, but some of the alkaloids in kratom may be detected on certain drug tests, including urine or blood tests. Blood tests provide a shorter detection window for a substance, so most places will opt for a urine test. There is a specific drug screen for kratom known as kratom 10-panel. Of course, this screen is specially done to detect kratom.

Standard drug tests will not detect kratom alkaloids. While there are drug tests that can detect kratom alkaloids they are extremely uncommon. For a test to detect a particular substance, it will need to look for the specific substance or its metabolites. Keep in mind, that each additional substance that is added to a drug screen makes the test more expensive. Because of this, employers typically stick to standardize testing and will rarely add on additional substances to test for.

Most businesses will subject their employees to a 5-panel drug screen. Other standard options include 7-panel, 10-panel, and 12-panel. If you are worried about kratom showing up on a standard drug test, then it is best to avoid using it. However, kratom will not even be detected on a 12-panel drug screen. More intense drug screens such as the 20-panel drug test that is aimed at opioids will not detect kratom alkaloids.

So, to put your mind at ease, kratom will require specialty labs to do extensive testing and this is not something that most employers are willing to pay for. Employers simply cannot afford to test for kratom. Besides, kratom is a legal substance in most areas which means it should not pose an issue when it comes to drug testing.

Here is a breakdown of the various drug screens and what they test for:

DOES KRATOM SHOW UP ON A 12-PANEL DRUG TEST?

This is a general list of drugs that may be tested for in a 12-panel drug screen. There are variations of this test, which allows the test to be customized according to the needs of the facility that is testing. This is especially important for employers who detect a specific drug being abused.

Drug use is a chronic problem, and this is why many companies have incorporated a drug-free policy. Most employers now require you to take a drug test as a part of the interview process. Then they have the right to random drug testing.

Kratom is highly unlikely to show up on a 12-panel screen unless it is specifically being tested for. However, keep in mind that some alkaloids could show up but kratom is legal in most areas. It would only become a problem if you are suspected of abusing kratom and in an area where kratom is banned.

DOES KRATOM SHOW UP ON A URINE TEST?

If you are worried about an herb or drug showing up on a drug screen the best practice is to not take those substances, as there is always a chance a trace amount could show up. When a drug screen is conducted, it would need to find a minimum amount of drug residue in the sample for the test to come back positive. Just because a screen comes back negative does not mean that there were no drugs in your system. It simply means the amount of the drug in your system fell below the established cut-off.

However, kratom is not detectable when taking a standard drug test, including the 5-panel drug screen. But the alkaloid profile in kratom could be identified on certain drug tests that involve urine or blood.

There is also a drug test that will specifically test for kratom, which is the 10-panel Kratom drug screen. When taking this test kratom can be detected up to 7 days after use.

Here is a general guide:

However, many different variables may influence how long the substance can be detected in a person’s body. These include:

There is no evidence showing the long-term effects that kratom could have on the body after long-term use. Therefore, periods of rest are often recommended. With any new supplement, you want to make sure that you consult with your general practitioner before taking it. They know your past medical history and can guide you in rather or not kratom is a good fit for you.

Does Kratom Show Up On A Probation Drug Test?

If you are on probation, you will more than likely be subject to frequent drug screening. In this case, you may be wondering, “Does kratom show on a probation drug test?” Typically, a probation officer would not test for kratom. However, there are some areas of the country where kratom has been added to the standard testing regimen. In these areas, there is mention of probationers being sent back to jail for testing positive for kratom.

The terms used for probation include conditions that no psychoactive substances are allowed, not even alcohol, so this would mean kratom could be a violation of your parole. On the other hand, there are loads of probationers who have used kratom without any detection. This is because the parole office never suspected that they were using kratom and their standardized testing did not detect the use of kratom.

If you walk into a parole office sweating, they will more than likely test for everything under the sun. If kratom is a worry, the best practice is to avoid it. Especially if you are on parole and there is a chance that it could violate your parole. In addition, if the parole officer knows that you use kratom or have in the past, it will more than likely be added to your drug screen.

Also, be aware that parole officers can do home visits at random. So, if they find kratom in your home it may or may not be an issue. This is something that you should discuss with your legal team to be sure that you are not violating your parole.

Does kratom show up on drug tests? To sum that question up, it can be if the test is specifically screening for kratom. Otherwise, kratom will not be detected on standardized testing. It would be extremely uncommon and pricy for an employer to run a drug screen that would detect kratom use.

Here at Oasis Kratom, we offer blogs that are informative and educational. Our blogs should never be used to treat or diagnose illness. You should always seek advice from a medical professional.

If you are worried about kratom showing up on a drug screen then you should stop using kratom. There is a possibility that the alkaloid profile could show up on certain drug screens. It is always a good idea to give your body a rest from any supplement, as this will help you continue to reap the overall wellbeing that kratom has to offer.

If you have any questions, please do not hesitate to ask us. We offer high-quality kratom products, including powder and capsules. Our goal is to provide you with exceptional customer service coupled with the best kratom products on the market. Stop by our shop and check out the variety of kratom capsules and powders that we offer. 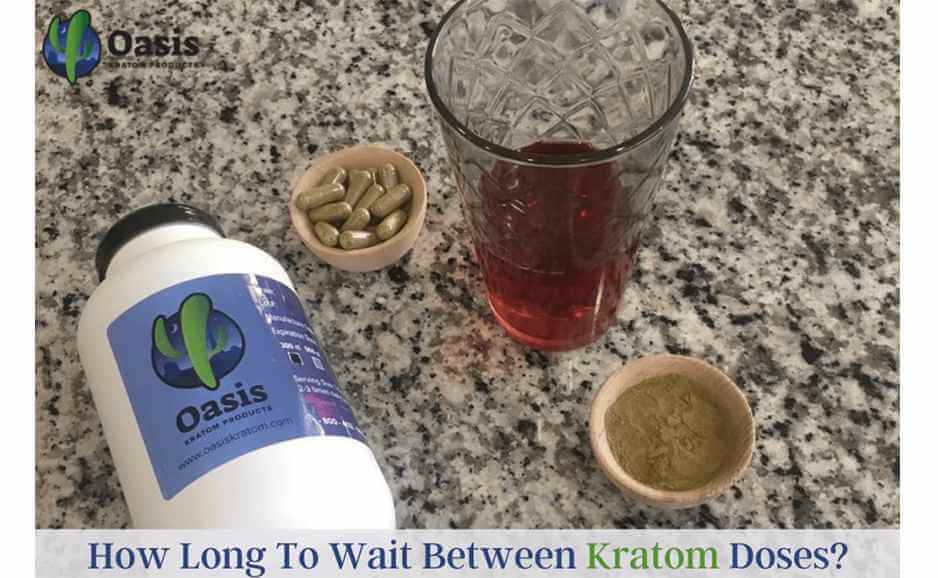 How Long To Wait Between Kratom Doses? 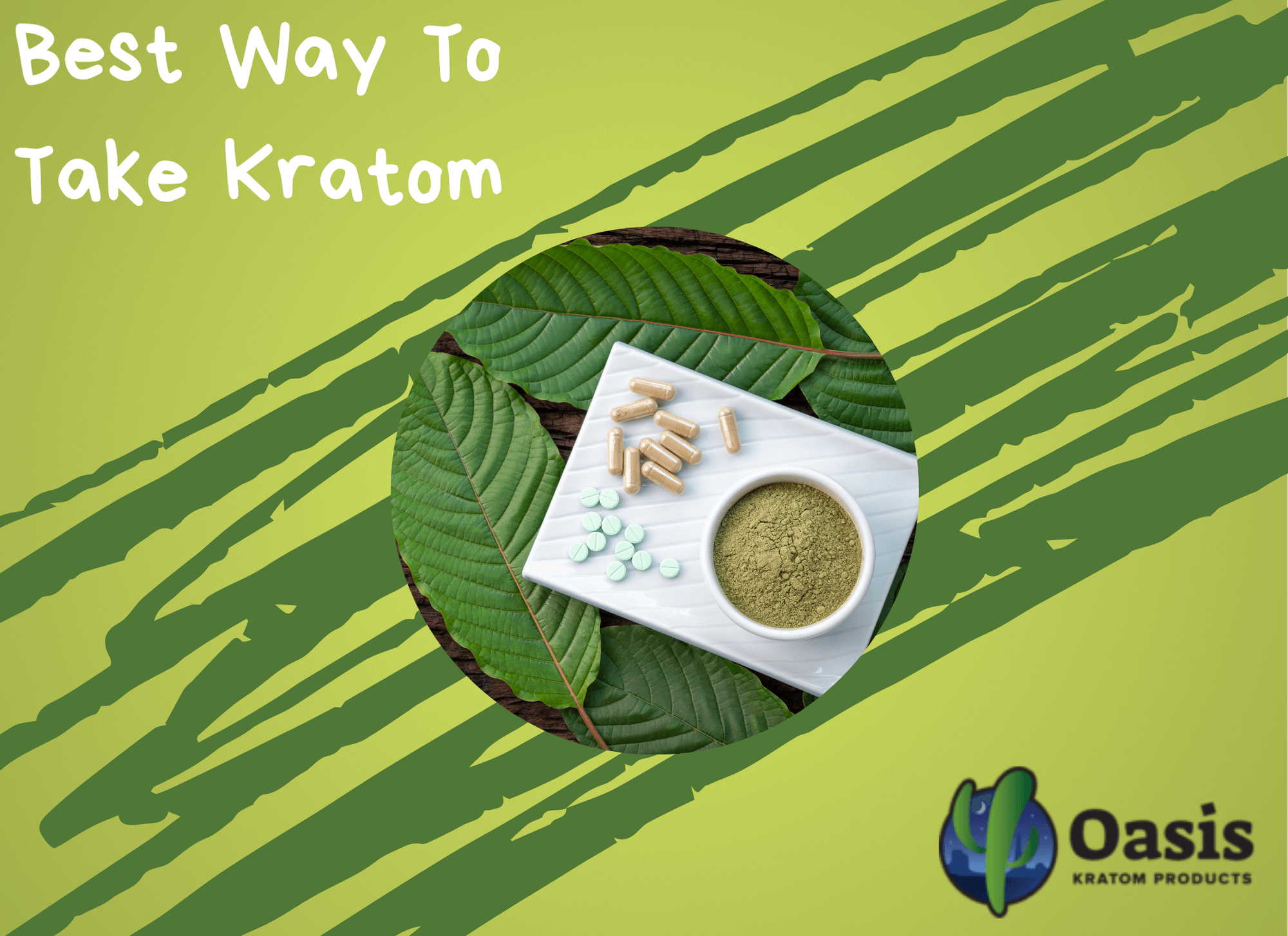