Kratom comes from Southeast Asia but it is heavily sought after here in the United States. You may be wondering, “Is kratom legal in Oklahoma?” Yes, but there are some legalities that you need to be aware of. While kratom is currently legal in this state, there has been a history of lawmakers trying to pose a ban. 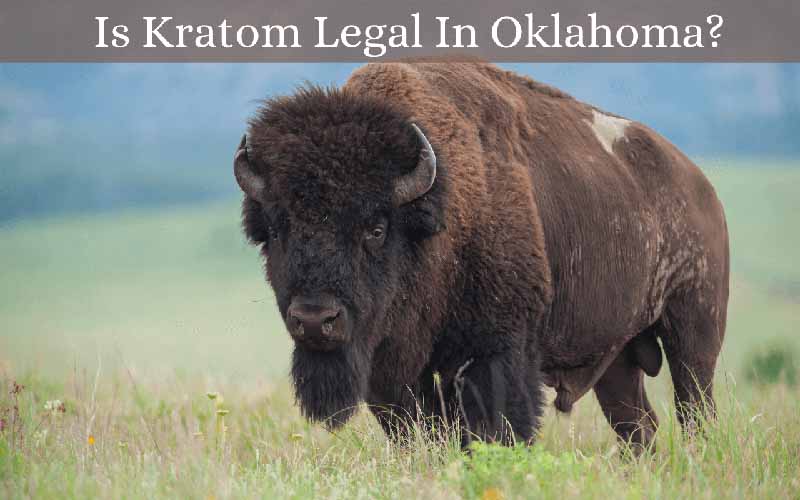 Is Kratom Legal In Oklahoma?

Kratom is currently legal in Oklahoma. This means that you can buy kratom, sell, and possess it here without issues. Some states have banned kratom, including Vermont, Alabama, Indiana, and Rhode Island.

In other states it is legal but there are areas within the state that have banned its use, such as Sarasota County in Florida. This means that kratom is legal in all areas of Florida except for Sarasota. Kratom users may get confused and it can cause issues if you are not current with all the laws surrounding kratom.

This is not the case in Oklahoma. Kratom is legal in all areas including major cities such as Oklahoma City, Tulsa, Norman, Edmond, and Lawton.

Legalities Of Kratom In Oklahoma

In 2014, the Oklahoma Bureau of Narcotics proposed a bill to ban kratom. This bill aimed to amend the current controlled substance list to include kratom. One reason behind banning kratom was the fact that it was illegal in Thailand. One representative of the Bureau of Narcotics argued that kratom was illegal in Thailand because of the issues that they have had with this herb.

However, this is very inaccurate information. Thailand did not pose a ban on kratom because of issues with kratom. Instead, they banned kratom in 1943 because it interfered with opium sales during World War II. Both the demand and prices of opium had increased and the Thai government was receiving revenue from opium tax. On the other hand, kratom was inexpensive and posing a ban allowed for more opium sales to take place.

Thailand legalized kratom and medical marijuana for medicinal purposes in 2018. Of course, the Narcotics team also argued that kratom needed to be banned because it was unregulated. Banning this herb is not the answer to the issues at hand. The industry needs to be regulated.

The bill listed synthetically manufactured substances and would include mitragynine and 7-hydroxymitragynine. However, the kratom community came together and signed a petition to exclude kratom and its alkaloids from this list. The petition reached over 1000 signatures and kratom was removed from the proposed bill. Kratom supporters are directly responsible for helping diminish the ban on kratom.

The Kratom Consumer Protection Act is a set of guidelines designed by the American Kratom Association to help place regulations on the kratom industry. It is the AKA’s goal to get every state on board with this act.

In 2020, sponsors introduced the KCPA bill in Oklahoma. This bill would place regulations on the industry and address many issues that currently pose a threat to consumers. Here are just some of the issues the KCPA aims to address:

The bill received positive feedback from lawmakers and the kratom community. In fact, during two house readings, Oklahoma legislators almost unanimously voted for the KCPA. In March 2020, the bill was referred over to the senate along with the Health and Human Services Committee. This is where the act died and there have been no attempts to revive the KCPA in Oklahoma.

The American Kratom Association, also known as the AKA, is the main support system for kratom in the United States. This group is actively trying to get every state to adopt the Kratom Consumer Protection Act, which will help place restrictions on the industry and make it safer for consumers. One major restriction that the AKA would like to see nationwide is age restrictions on kratom.

The AKA has also outlined GMP protocols for vendors to comply with. These guidelines have helped provide safety regulations and ensure only the highest quality kratom comes to market. As a part of the AKA, we follow all GMP regulations.

Classification Of Kratom In Oklahoma

At the moment, kratom is not classified in Oklahoma. However, back in 2014, they did try to place kratom on the controlled substance list, but the bill was unsuccessful. Oklahoma is a tricky state when it comes to kratom. They did not ban it but they also rejected the one bill that would have regulated it. So, the future for kratom in this state is a little unclear. Just make sure that you follow the laws in your state, as you never want to be taking kratom illegally. So, kratom is not listed with other controlled substances.

Is Kratom Popular In Oklahoma?

Now that you know the answer to, “Is kratom legal in Oklahoma?” You may be wondering if this herb is popular here. Yes, kratom can be found in many local shops throughout Oklahoma. When support was needed the kratom community pulled together and was able to stop kratom from becoming part of the controlled substance list.

Will The Status Of Kratom Change?

Kratom is not regulated by the federal government. Each state must decide how they want to handle kratom. At the moment, there does not look like there will be a change in how kratom is regulated. So, you will need to watch your state laws and offer support when it is necessary.

Oklahoma could go either way at the moment. They have tried to ban kratom in the past but they were not successful. They have also tried to regulate the industry by adopting the KCPA but that too was not successful. So, it’s a little uncertain what may happen to kratom in Oklahoma. You will need to watch the laws closely and offer support when needed. 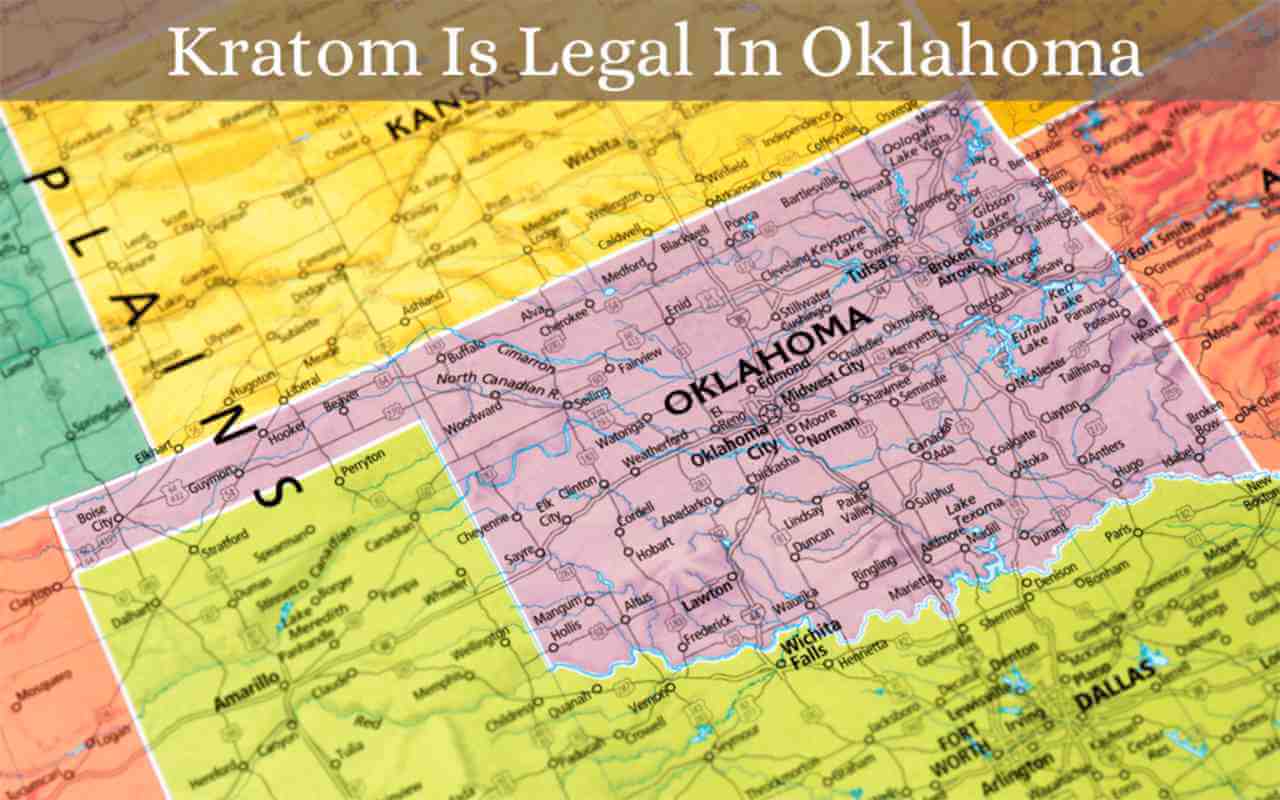 Where Can You Buy Kratom in Oklahoma?

There are a lot of stores that offer legal kratom locally throughout Oklahoma. These include vape shops, smoke shops, and specialty shops. Check out some of the ones we have listed below.

Buying and Shipping Kratom In Oklahoma

You can buy kratom online or at local stores. A lot of users prefer to get their kratom online because they can save money, have a larger selection to choose from, and it will be delivered to their home.

However, some people do not order with online vendors because they worry about the legalities of kratom and having it shipped. The main thing you have to remember about kratom is no online vendor will ship to areas where kratom has been banned. So, as long as you are shipping to an address that allows kratom you will not have to worry.

Kratom can travel through any area and still arrive at your home without issues. It is the final destination that matters when it comes to shipping. So, take advantage of finding a trusted vendor online to buy your kratom from.

We are a proud member of the American Kratom Association. To become a part of the AKA, we had to meet their rigorous guidelines. We adhere to all GMP regulations and ensure you are getting the highest quality kratom that the market has to offer.

Each kratom lot is tested 9+ times for salmonella, E. coli, staph, yeast, mold, and to confirm its 100% all-natural Mitragyna Speciosa. Visit our Lab Test page to learn more about our quality assurance measures or to request a copy of our most recent lab test results.

Take some time to explore our kratom powders and capsules. Let us know if there is anything that we can help you with. We hope that this blog has helped answer your question, “Is kratom legal in Oklahoma?” If you want to know about the kratom laws of another state check out our legality page. 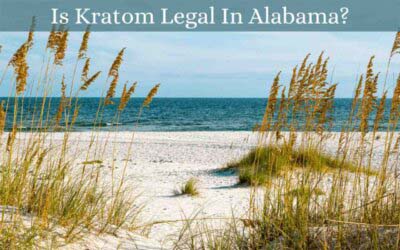 Is Kratom Legal In Alabama? 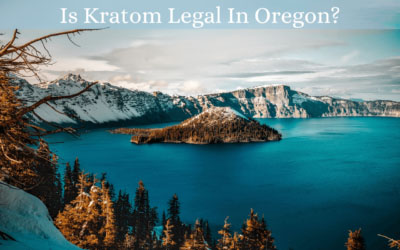 Is Kratom Legal In Oregon? 2023 Update