Have you asked yourself is kratom legal in Georgia? The answer is yes. On April 24th, 2019, Georgia governor signed the Kratom Consumer Protection Act into law. This makes it illegal to sell kratom to anyone under 18. It also established labeling requirements, such as:

Getting kratom legal in Georgia was a fight, though. Let’s take a look.

The Battle for Kratom Legality in Georgia 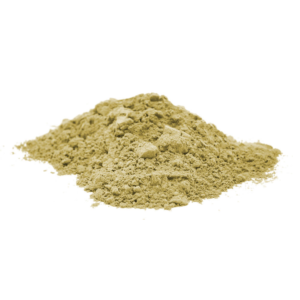 ratom in their systems when they died. Some lawmakers wanted to pin these deaths on kratom. This medical examiner failed to mention that 9 of the 11 had other substances in their systems, and none had kratom overdose listed as the official cause of death.

Nonetheless, this report played a significant role in having kratom included in a 2017 bill proposed to ban several “designer drugs”. Thanks to advocacy from the American Kratom Association and positive testimony from a group of Georgian kratom users, kratom was removed from the final version of the bill.

In 2018, a bill was proposed and passed by the state house to form a joint study committee to study the risks associated with kratom. It was eventually struck down by the state senate.

After another year of advocacy from the American Kratom Association, things took a positive turn in early 2019. Georgia decided to introduce their own version of the Kratom Consumer Protection Act.

The bill made it illegal to sell or possess for those under 18, put it on par with tobacco. Each package has to be labeled with its mitragynine and 7-hydroxymitragynine levels, as well as the ingredients used in the manufacturing process.

It also has to list the name and primary address of the company responsible for distribution. Finally, the label must give a recommended dosage but must also discourage the use of kratom to treat any medical condition.

The bill passed through both chambers of the state legislature and was signed into law in April of 2019.

The Mission Behind the Kratom Consumer Protection Act

The American Kratom Association is a non-profit kratom advocacy organization founded in 2014. Their mission is to advocate lawmakers to create a regulated legal market to allow kratom users to purchase and consume kratom legally.

An overwhelming majority of the donations they receive are invested in getting their message to lawmakers on the state and federal level. So far, Arizona, Georgia, Utah, and Nevada have passed their own versions of the Kratom Consumer Protection Act. Their ultimate goal is to get it passed federally.

The AKA exists to help kratom users access the purest, safest kratom. Getting accepted in their Good Manufacturing Process (GMP) standards program is huge for any kratom vendor. It requires vendors to pass a strict third-party audit and comply with the FDA’s standards when it comes to making medical claims.

Where to Buy Kratom in Georgia

You can buy kratom locally in Georgia at gas stations, smoke shops, and vape shops. You will get the best price, variety, and quality from an online vendor, though. Check out our shop to see all of the different kratom strains we offer.

Disclaimer: kratom is not used to treat, cure, or mitigate any disease, illness, ailment, and/or condition. Please see FDA import alert 54-15. We make no representations as to intended use or suitability for use.