As you already know, kratom has a load of legalities surrounding it. One we have been asked recently was, “Can you take kratom on a plane?” This is a complex question that certainly deserves an answer. Since kratom is not federally regulated the answer is yes, but you have to also contend with state laws and airline regulations. So, let’s take a closer look at kratom, and rather or not it is safe to take it with you on a plane. 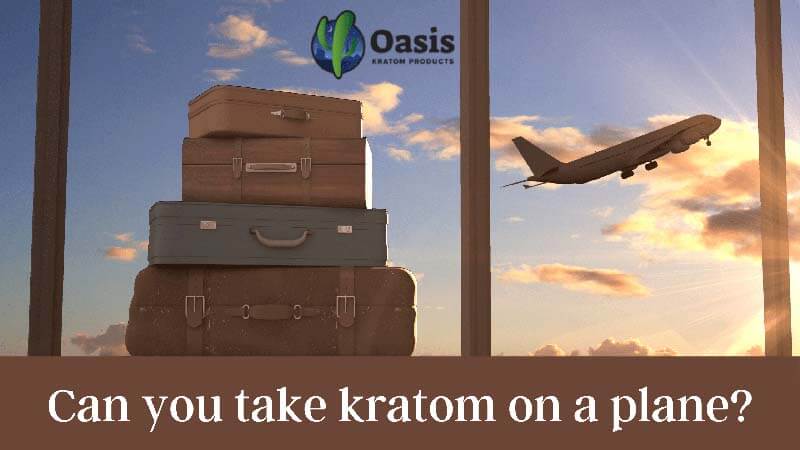 Is Kratom Legal in the United States?

Mitragyna Speciosa, also known as kratom is native to Southeast Asia. However, it has become increasingly popular in the United States over the last decade. There are no federal bans on kratom at the moment. This means from a federal standpoint you can freely buy kratom. The Drug Enforcement Agency (DEA) did try to ban kratom nationwide but they withdrew their proposed ban once they saw the support kratom was receiving.

The DEA wanted to place kratom on the Controlled Substance list and classify it as a Schedule I drug. However, their intentions were never carried out and there have been no other talks of banning kratom across the United States.

Since kratom is not regulated at a federal level each state is left to make up its own mind when it comes to the legalities of kratom.

You must spend time researching and understanding the laws surrounding kratom. Especially in the different areas that you will be traveling. Some states allow kratom but there are specific areas that have banned kratom. On the other hand, some states have placed a statewide ban on kraotm. In this case, kratom is an illegal substance and you will face criminal charges if you are caught with it.

Then you have other states that allow kratom but have specific restrictions, such as age limits. If you are caught with kratom in an area where it has been banned you will be facing criminal charges. In many areas, this herb has been placed on the controlled substance list and is classified as a Schedule I drug.

Also, be aware of the states that have pending legislation. This could cause the laws to change while in the state visiting or right before you go. You would never want to try to exit a state that has newly banned kratom.

States have been given the legal jurisdiction over which drugs are legal in their areas. Kratom use is not allowed in the following states:

If you are traveling to an area where kratom has been ban then you need to leave your stash at home. Do not even attempt to take it with you.

In addition, kratom use is prohibited in these specific locations:

If you are traveling to any of the states or areas mentioned above it is best to leave your kratom behind. Violating laws will only come with consequences. People who work in airport security are only doing their job. So, if they have questions about your kratom do your best to answer everything they ask.

Can You Take Kratom On A Plane?

Let’s get down to the original question, “Can you take kratom on a plane?” There are no federal laws against kratom so it is legal to fly anywhere in the United States with kratom. However, if you travel into an area where kratom is banned and your bags are checked, then you will be facing legal issues.

You should always do your own research and consult with an attorney about the legal status in an area. They are the only ones who can properly advise you on the laws of a state. We have a legality page that only serves as informational purposes.

Kratom is relatively new in the United States, and TSA officials and airport staff are not highly familiar with this herb. So, they may stop you if the powder is not able to be identified. However, unless they can prove that it is a different substance that is illegal they will not have any right to detain you. If you are going to fly with kratom it should stay in its original packaging so that it has all the information about the herb available to them. Plus, this will prove what the powdery substance is.

Be aware that the American Kratom Association is trying to get all states to adopt the Kratom Consumer Protection Act. This act will help address current issues with the industry, such as age restrictions and lab testing. In addition to the Kratom Consumer Protection Act, the AKA has put together GMP regulations for vendors to comply with. These are not mandated by federal or state law but to be registered with the American Kratom Association you must comply with them.

We are a proud member of the AKA and adhere to all GMP protocols. When a state adopts the KCPA this means that there are no more worries of kratom bans occurring in that state. Only a hand full of states have adopted this act so far including Utah, Georgia, Arizona, and Oregon.

Can I Travel Abroad With Kratom?

Perhaps your travels are going to take you to a foreign country. This only opens up more legalities that you will have to be well versed in before hopping a plane. Kratom is legal in many countries but some prohibit it. Therefore, you need to also check the legalities before you go traveling to another country.

Kratom does not only face legal issues in the United States. This herb is globally known for its legality issues. Different countries do not allow kratom. These include:

Again, you need to check the legalities before you set off on your adventure to a foreign country. Laws are always changing and you will need to know the latest information before you travel. This only serves as a tentative list. Also, take into consideration any layover country that you may encounter while traveling to your destination place. You will need to also know the kratom legality in this country.

Leave It Home If That Is What Your Guts Telling You!

While you may be inclined to take your kratom along, if you have a feeling that it’s a bad idea then you are better off leaving it behind. Kratom is not a well-known herb in different areas of the world, so it could prove to be a good idea to leave it at home.

Law enforcement in other countries may misunderstand what kratom is and take it as a legal substance. In the United States evidence would have to be present before a claim can be made. However, other countries do not function this way. You could be detained immediately and be looking at hefty charges.

A Guide For Traveling With Kratom

Now that you know that you can take kratom on a plane, you may be wondering if you should put it in your hand baggage or your checked baggage. This guide will help you know how you should travel with your kratom.

Legalities of Kratom At Your Destination Place

Be sure to check about the legality issues before boarding the plane with kratom. Every country and state has its own kratom laws. Therefore, it requires you to do thorough research to check the legal status before leaving. This research will help you enjoy your journey without any legal stress. Be sure to also be aware of any layover country you may encounter during your travel. You need to know the kratom legality in this country as well.

Put Kratom In Your Checked Baggage

When it comes to kratom and air travel you will want to make it through airport security checkpoints without any issues. Place all kratom in your checked baggage. This will help clear up any issues that you are carrying contraband onto the plane.

Anytime there are suspicions of illegal substances it will cause delays. Therefore, you want to keep kratom in its original packaging. This will include the list of ingredients and allow customs to authenticate the information. This way you will not be mistaken for carrying contraband on the flight.

Storing kratom in a different container may mean that they will have to conduct a drug test on it. This will cause delays. So, take the easy route and make sure your kratom is in its original packaging. This will help everyone out.

Be Able To Respond If Questioned

You need to be able to answer all questions that may be asked about your kratom. TSA or Customs may ask the reasons why you are carrying kratom with you. Be open and honest and share those reasons with them. This will make everything run smoothly.

What Should I Do If I Want To Take Kratom To A State Where It Is Not Allowed?

There are alternatives to kratom that you could safely take to a state that has ban kratom. These alternatives include Kanna, Akuamma Seeds, Mitragyna Hisuta, and Blue Lotus. However, even with alternatives, you are going to need to do your own research to ensure these herbs are allowed at the places that you are traveling.

We hope that this blog has answered the question, “Can you take kratom on a plane?” Kratom is safe to take on a plane as long as you are going to a destination that allows this herb. Be sure that you do all of your research ahead of time to confidently know that kratom is allowed. If you are looking for some kratom powders or kratom capsules be sure you check out our selection. 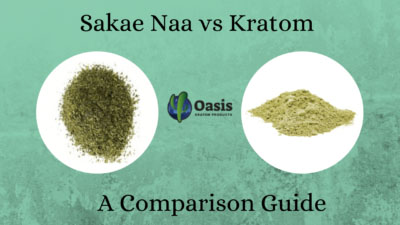 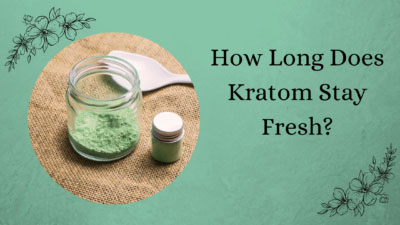 How Long Does Kratom Stay Fresh?