Kratom originates from Southeast Asia and is closely related to coffee. If you are new to kratom you may be wondering, how are coffee and kratom similar and different? This is a great question and one that certainly deserves exploring. Let’s take a deeper look at the roots of kratom and coffee and compare the two. 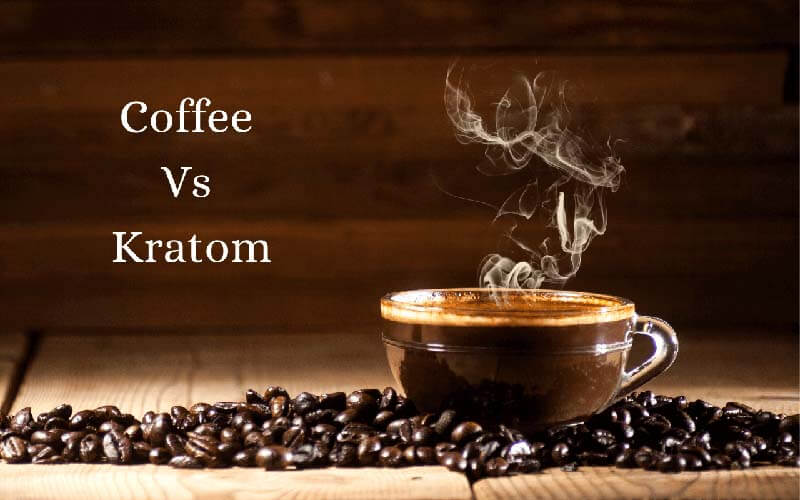 The plant which contains both coffee (Coffea) and kratom (Mitragyna Speciosa) is known as the Rubiaceae family. This plant has more than 13,500 species and over 650 genera. Making it the fourth-largest family in the angiosperm class.

The alkaloid content is the main distinction between members of the Rubiaceae family. Plants within this family grow all over the world. However, they are most abundant in tropical climates. The Rubiaceae family is both unique and diverse. This family contains herbs, trees, shrubs, and plants.

Kratom is also related to other members of the Rubiaceae family, such as Quinine, which has been used to treat malaria.

Where Does Kratom Come From?

Kratom comes from the Mitragyna Speciosa trees. These tropical evergreen trees are native to Southeast Asia and indigenous to Thailand, Indonesia, Malaysia, Myanmar, and Papua New Guinea. It thrives in tropical climates and is native to many Asian countries. While it is popular in the Western World, kratom needs a tropical climate to thrive. So, it does not naturally grow in the United States. Kratom is an all-natural substance that is often referred to as an herb.

Where Does Coffee Come From?

Coffee comes from the seeds of a small tree and is actually considered a fruit. The plant itself is a tree that contains evergreen leaves and the main stem grows up to 10 meters tall. It originates from Africa in the country of Ethiopia. However, over the years, coffee beans have migrated to South East Asia, as well as Central and South America. Brazil, Vietnam, Colombia, Indonesia, and Ethiopia remain the top 5 leaders in growing and producing coffee. Avid coffee drinkers have grown to love the stimulant effects that caffeine can have, and this is why coffee is so popular all over the world.

Does Kratom Have Caffeine?

Since coffee and kratom are related, you may be wondering if kratom contains caffeine. Caffeine is the main alkaloid in coffee. It contains the stimulating properties that we all love about our morning cup of “Joe”. Coffee contains other less concentrated alkaloids including theophylline and theobromine. However, these two alkaloids are not considered as effective as caffeine when it comes to stimulation.

Kratom has more than 25 alkaloids, and the main ones include mitragynine and 7-hydroxy mitragynine. It does not contain caffeine, but the alkaloids have some of the same support that is seen in caffeine.

The Rubiaceae family is a collection of plants and trees that come in all different shapes and sizes. As you know, coffee and kratom both look very different. Kratom comes from the tropical evergreen Mitragyna Speciosa trees. The leaves are large and are the source of kratom. While Mitragyna Speciosa trees do not produce fruit, they do have small clusters of flowers at the end of their branches.

Kratom is classified by the veins which run through these leaves. They can be red, green, or white. These veins are also known to have subcategories, which are referred to as strains. Kratom Strains are often named by the color of the veins that they come from as well as the place in which they originate. For example, Red Thai would come from red-veined kratom leaves that originate in Thailand.

Coffee trees are a lot smaller and are seeds that are housed within the fruit of the plant’s flower. Coffee beans are mature fruit, and to efficiently harvest coffee beans, the fruit must be properly ripened.

Kratom leaves can be used to produce a number of kratom products. This may include kratom powder and capsules. Another popular form is kratom tea, which can be enjoyed like a cup of coffee.

Coffee does not have as many different forms as kratom does. You typically find it as a hot or cold drink. However, the coffee bean itself is used in a variety of products including cosmetics, hair and body products, as well as diet supplements.

Both coffee and kratom thrive in warm climates. However, each originated from different parts of the world. Coffee originated from Africa but is now grown in Asia as well. This differs in the fact that kratom is still primarily produced in the habitats that it originated from in Southeast Asia. Kratom and coffee both need a warm climate to thrive.

Both kratom and coffee are produced and exported all over the world. Since kratom has gained popularity in the West, it is thought that one day this herb will be grown in exported from other regions of the world as well. However, as of right now, kratom is primarily sourced from Asia.

Coffee produces stimulating effects called caffeine. Caffeine is an alkaloid and is found in a number of products. However, kratom is not one of them. Kratom has a very different alkaloid profile, which largely includes mitragynine and 7-hydroxy mitragynine. These alkaloids provide different support than caffeine.

Believe it or not, kratom has been utilized for a lot longer than coffee. For centuries, people in Asia have used kratom. Coffee did not become popular until the 1500s. This was centuries after Asians were using kratom in religious ceremonies and for therapeutic reasons.

Once coffee gained attraction it was facing similar fears and worries that kratom now faces. Europeans were very skeptical of coffee when it first made its debut in Europe. However, it is now one of the most loved beverages. Thousands of individuals start their day with coffee all over the world. Perhaps, someday, kratom may gain the same popularity. It will take time, research, and more understanding of what this herb truly has to offer when it comes to overall wellness support.

Kratom use differs from coffee, as kratom is considered an herb. It provides wellness support, unlike coffee. Plus, the body will react differently to both coffee and kratom depending on if you have low doses or high doses. You must consult your physician before starting any new type of substance. They are the only ones who can provide proper guidance on both coffee and kratom. As you know, many physicians will warn against excessive use of caffeine and ask that you limit your intake of coffee.

Coffee vs kratom bears many similarities and differences. However, they are both part of the coffee family and are popular in today’s society.

Can You Mix Coffee and Kratom?

As you know, kratom comes in powder form, and many of our customers often ask what it can be mixed with. Some users mix the powder with juice. However, kratom is pretty diverse and can typically be mixed with any beverage including coffee. Before starting any new substance, you should always consult with your general practitioner. Kratom is not used to treat, cure, or mitigate any disease, illness, ailment, and/or condition. Please see FDA import alert 54-15. We make no representations as to intended use or suitability for use.

Now that you know the similarities and differences between kratom and coffee, you may be ready to give this herb a try. Check out the kratom powders and capsules that we offer. All products are ethically harvested and we test according to GMP regulations. Each lot is tested 9+ times for salmonella, E. coli, staph, yeast, mold, and to confirm its 100% all-natural Mitragyna Speciosa.  If you have any questions let us know. To find out if kratom is legal in your state, check out our kratom legality page. 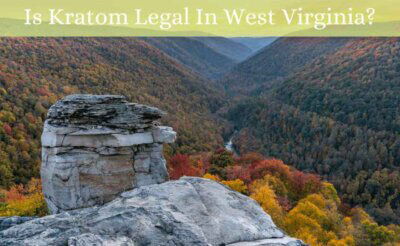 Is Kratom Legal In West Virginia? 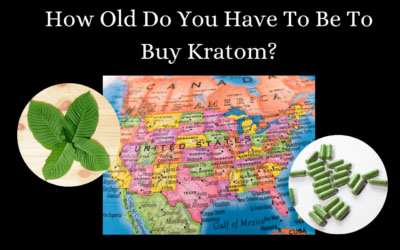