How Long Does Kratom Last In Your System?

Kratom comes from the Mitragyna Speciosa tree, which is closely related to the coffee plant. Those who are new to kratom have many questions regarding this herbal remedy. One of the questions that we often get asked is how long does kratom last in your system?

There is no real definitive answer when it comes to the breakdown of kratom in the body and how long it may last. However, it is suggested that the half-life of mitragynine is around 24 hours for most individuals. This equates to kratom being completely eliminated from the system between 5 to 9 days depending on several factors.

There are many factors that play a role in the elimination of this substance, which includes:

If you are new to kratom this may be something you are searching for. In this article, we will talk about the breakdown of kratom and how long you can expect it to last in your system.

A lot of people wonder about the longevity of kratom because they are concerned about passing a drug test. The way to address this concern is by staying away from using any type of drug. To get the true answer to your question though, thorough research is warranted.

Kratom has only recently gained limelight in the western world but has a long history of use in countries where the Mitragyna Speciosa tree grows. It originates from Southeast Asia and is native to countries such as Thailand, Malaysia, and Indonesia.

Kratom is classified by its vein color, and there are various strains. Strains can be mixed to make new hybrid strains for those wishing to gain a different type of support.  Kratom is not used to treat, cure, or mitigate any disease, illness, ailment, and/or condition. Please see FDA import alert 54-15. We make no representations as to intended use or suitability for use.

Kratom is not a controlled substance, although there are some states that have legal restrictions on its use. You should know and understand the laws surrounding kratom in your state before purchasing and using it.

Kratom is still being studied and there is still a lot of controversy regarding this herbal remedy. However, with more scientific research there will be a wider understanding of what this herb can offer.

According to the textbook Kratom and Other Mitragynines: The Chemistry and Pharmacology of Opioids, the majority of kratom is made up of the mitragynine alkaloid. When taken in low doses it stimulates the central nervous system which is similar to the use of caffeine. There are some case studies that only report a single instance of long-term use of this herb. However, it is important to note that case studies are not considered to be effective evidence as studies.

How Long Does Kratom Remain in Your System?

The form and amount of kratom you ingest will play a huge role in the overall wellbeing you receive, as well as how long it will last in your system. High levels of any substance will result in the wellness factors lasting for several hours. While lower doses may wear off quite quickly.

Kratom is a herbal remedy and is not a formal medicinal drug. Half-life is a term that is used to describe the time that it will take for the drug’s plasma concentration to be reduced by half. To understand this term a bit better, it is the time that will take an individual’s metabolism (liver) to break down the substance and reduce it by half.

There are numerous factors that must be considered when it comes to the breakdown of a drug. In order to completely eliminate a drug from an individual’s body, it may take 5 to 6 half-lives. With this being said, it could take up to 5 to 6 days for a drug to be totally eliminated from your system.

The effectiveness of this herbal remedy, as well as how long it lasts in the system are still being studied. With that said, there are variants when it comes to how long this substance may stay in your system.

Since pharmacology studies are still ongoing there are many differences in terms of reports in the half-life measurements. Based on the research that has been conducted so far, the primary alkaloid, mitragynine, has a half-life of around 23.24 hours.

With this information, it suggests that it would take about a day for someone to eliminate 50% of the kratom in their body. Therefore, it would take over 5 days for kratom to fully clear the system based on this half-life information. 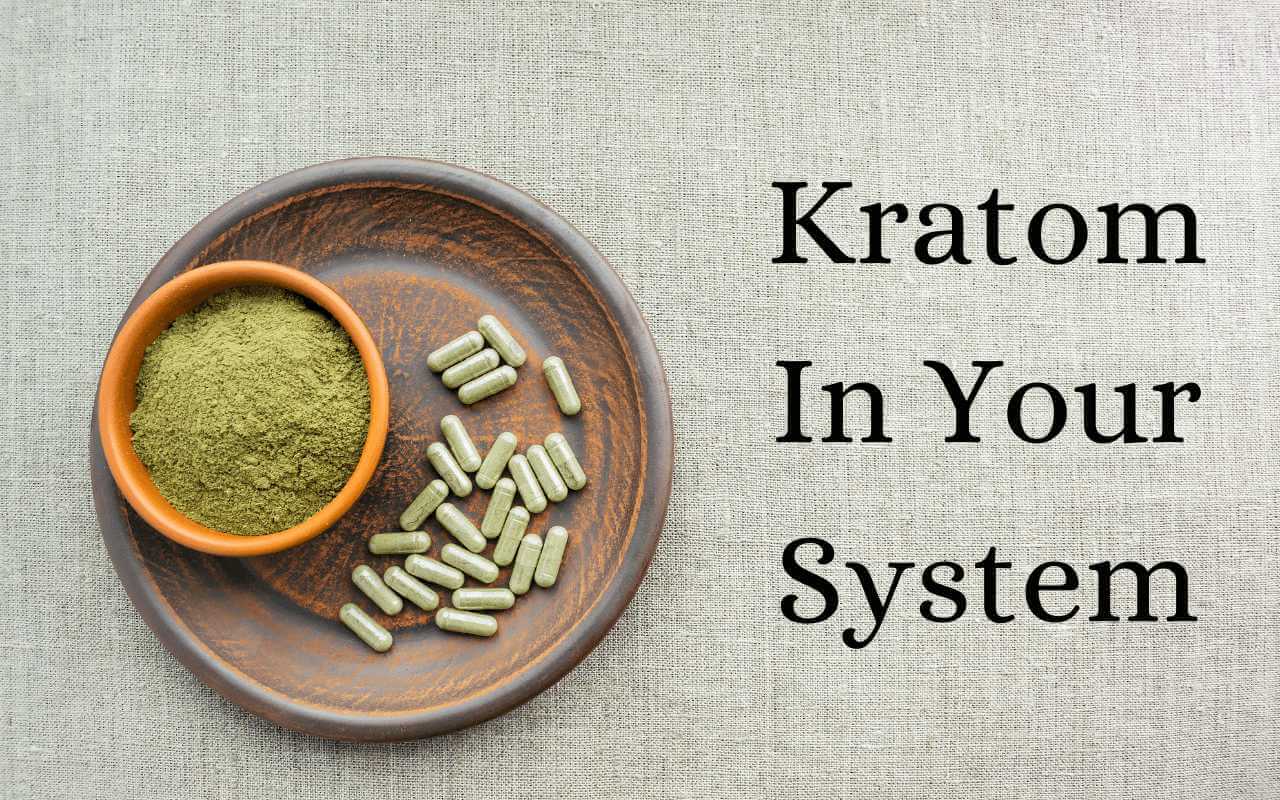 Current research shows that the fastest half-life of kratom alkaloids could be as quick as two hours. This means that it would take about 12 hours for kratom to fully be eliminated from the system.

However, for those with slower metabolisms, the half-life spectrum suggests that it could take around 9 days to fully eliminate kratom from a person’s system. There is evidence that suggests that those who use kratom less frequently will eliminate the substance quicker than those who have used kratom long-term.

The elimination half-life of mitragynine may be affected by the method of intake. Mitragynine may be detected in a urine screen. When trying to determine how long does kratom last in your system to avoid a positive drug screen, it is vital that you remember there are many variables when determining how long this substance may stay in your system, and we will discuss these in greater detail in the next section.

To avoid a positive test is not as easy as making a calculation based on the elimination half-life. In fact, the age of the plant, the environment it was grown in, and the time of harvest could all impact the alkaloid profile of kratom.

Therefore, there is no definitive answer as to how long does kratom last in your system. The only true way to pass a drug screen is by completely avoiding the use of all drugs.

What Influences How Long Kratom Stays in Your System?

Kratom in your system – longevity

There are a few more factors that may play a role in the longevity of kratom in your system may include renal function, urinary pH, and metabolic rate. These factors are not exclusive just to kratom, as they would have a direct effect on any substance that you consume.

Written by Maxime
Updated on January 27th, 2021
Scroll to Top